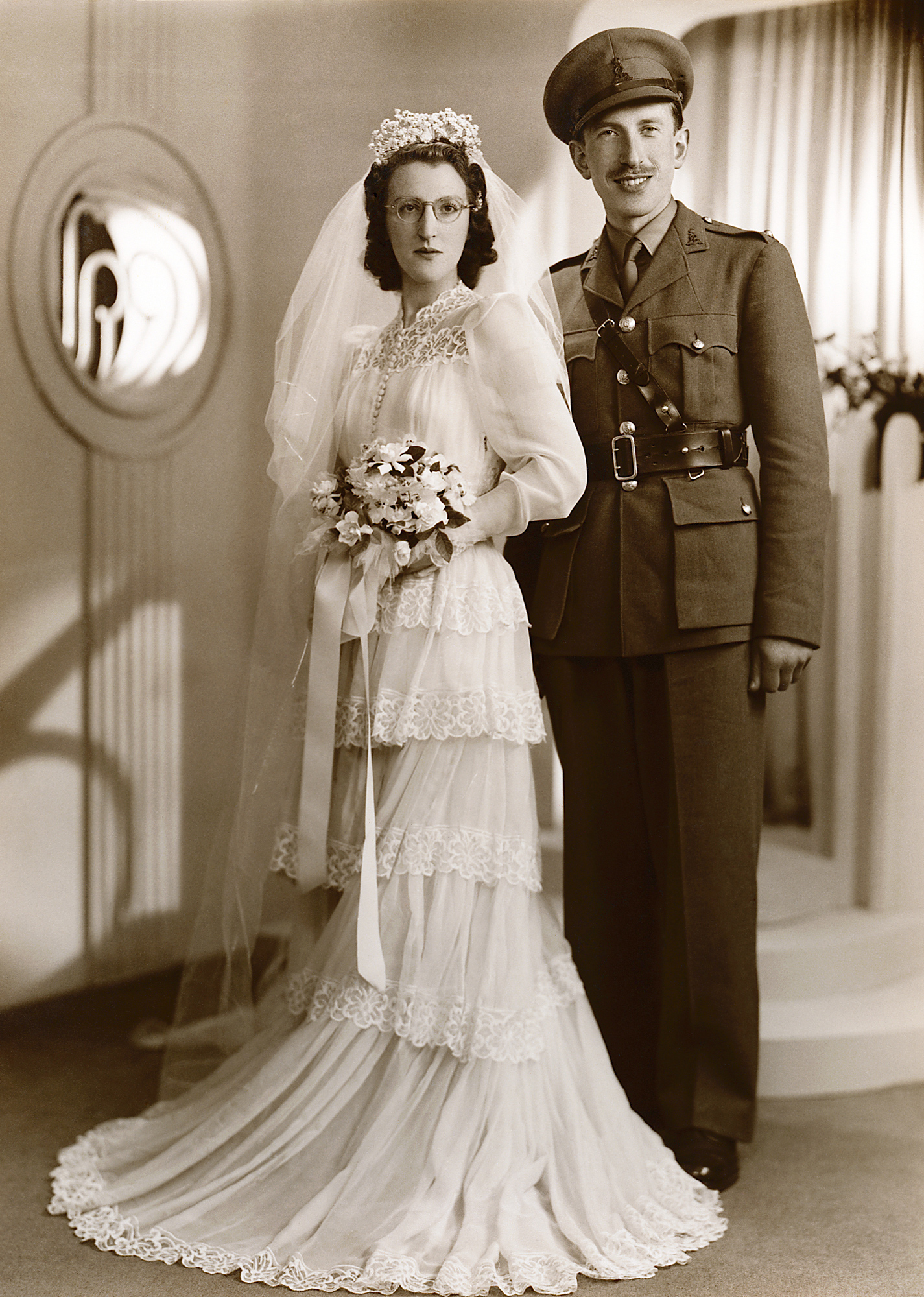 were married on the 14 December 1941 at Cricklewood United Synagogue in Walm Lane NW2. Ada was the daughter of Leah (née Nadler) & Frank Katz, both of whom were born in Rumania. Frank owned a chain of menswear shops, F.Katz, Hosiers & Outfitters. Michael was the son of Miriam (née Stitchel), born in Zolynia, Austria and Charles (surname changed from Cherkoski) who was born near Kutno, Poland. He was the local kosher butcher in Cricklewood Broadway. During WWII, Michael enlisted in the Territorial Army Pioneer Corps and was posted to West Africa and the Middle East ending his service with the rank of Major. After WWII, Michael travelled the UK buying and selling radio parts, finally setting up his own electronics business in the Gray’s Inn Rd, Central London. The couple lived in Cricklewood, Willesden & finally moved to Hampstead Garden Suburb. They had three children, Patricia, Frank and Evelyn.