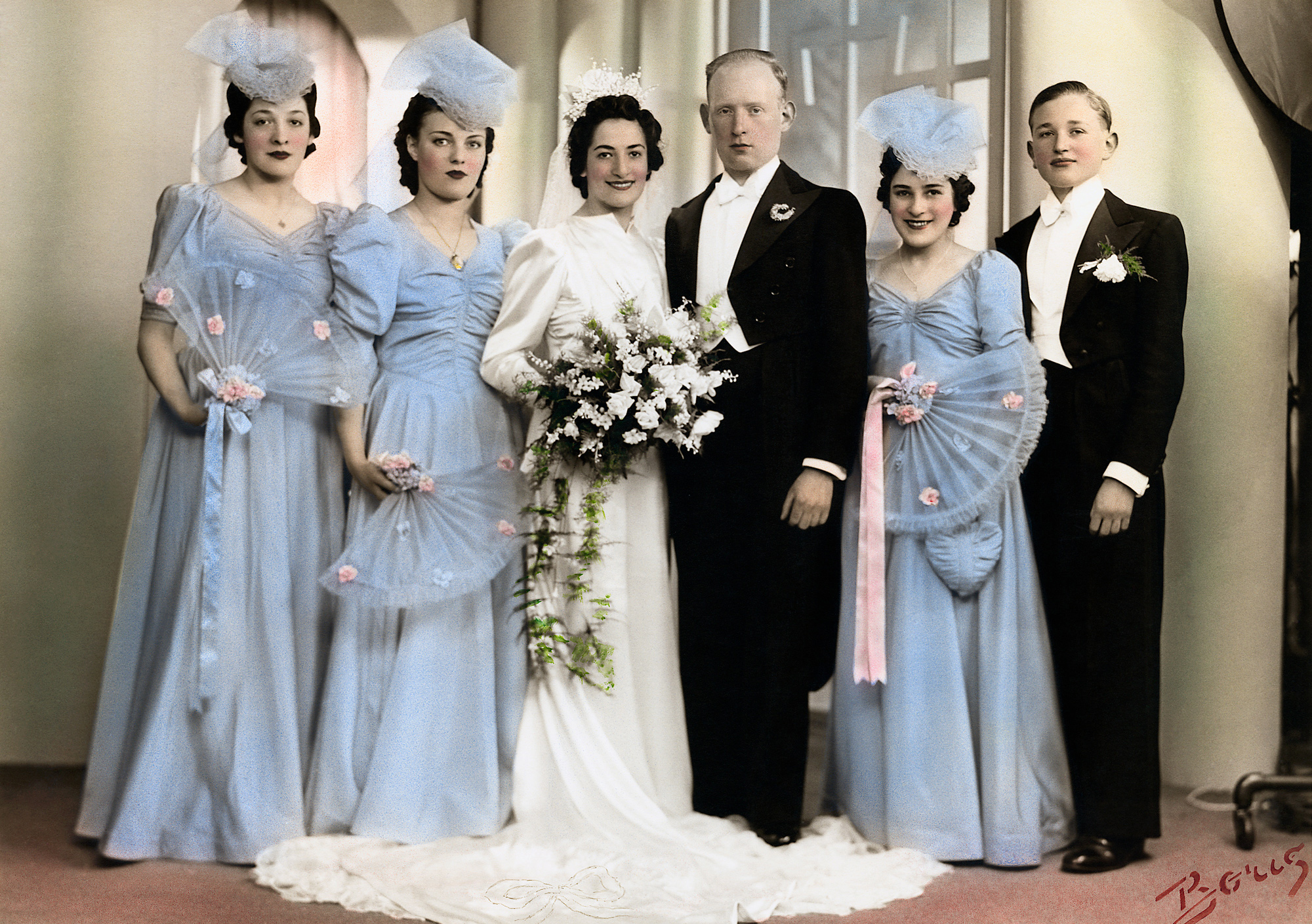 were married on 14 July 1940 at Bethnal Green Great Synagogue with the reception at the Casino Ballrooms, Redmans Rd, E1. The couple were both born in the UK. Mark’s father was born in Tarnov, Poland and mother in Minsk, Belarus while Anne’s father was born in Lodz, Poland and mother in Karlisch, Poland. Before the war, Mark worked in his parent’s newsagent, confectionary and tobcconist shop, Spiro’s, in Brick Lane. At the start of WWII, Mark became a special police constable before joining the Royal Navy in 1943 and was posted to the Pacific escorting convoys. In 1946, after being demobbed, he became stock controller for The Rawplug Co in Hendon & was employed there for almost 40 years. Anne was a bi-lingual secretary until 1944. The couple lived in Stamford Hill except for a period in Edgware and Clapton. In the photo, on the far left is Marsha, Anne’s sister. To the right of Mark is Faye, Anne’s youngest sister and Harold, Mark’s younger brother.