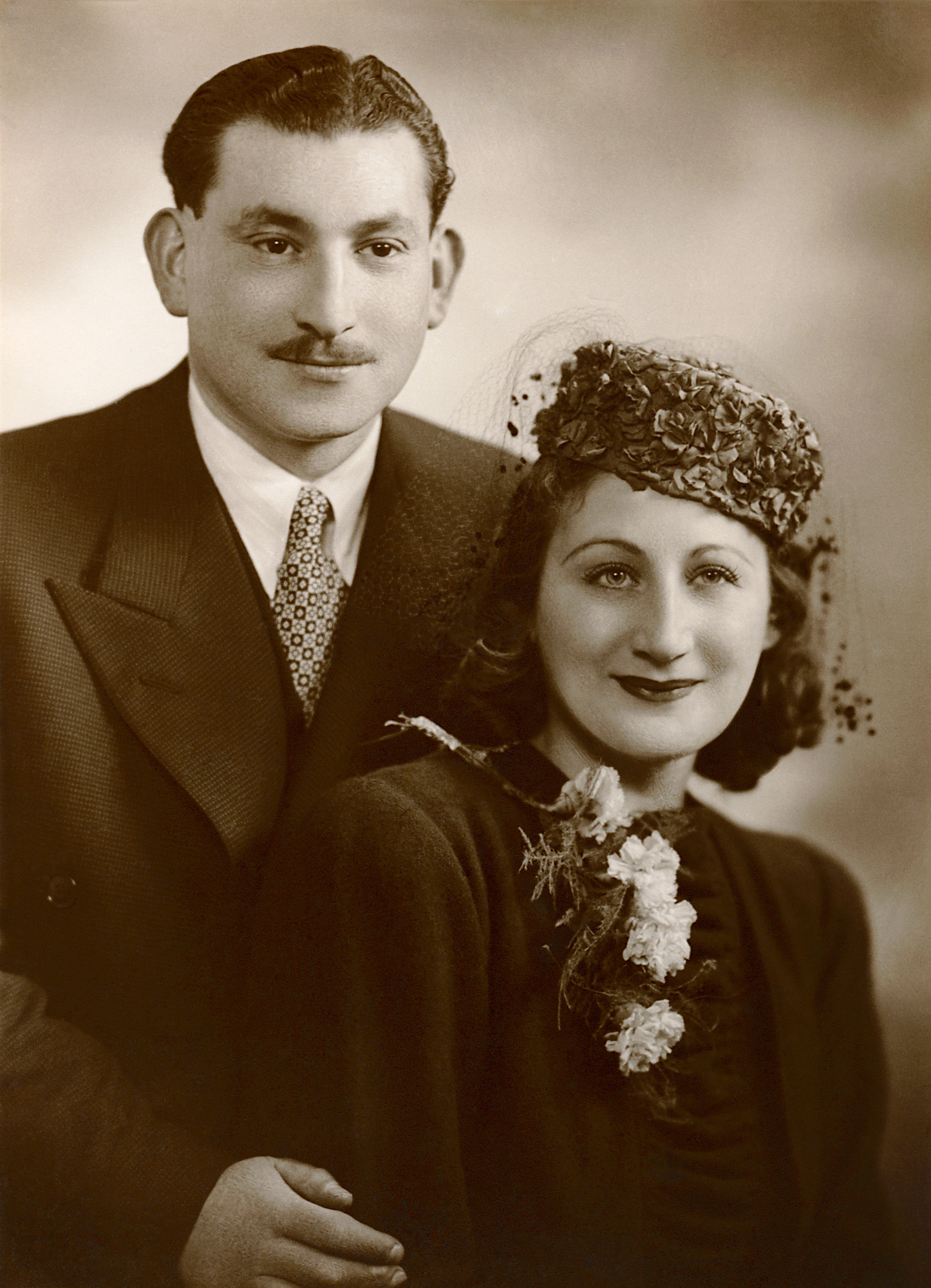 were married on 29 December 1940 at the Great Synagogue, Commercial Rd. Their wedding night was spent at the Cumberland Hotel, Marble Arch but had to take cover in an air-raid shelter due to a bombing raid. Nicky was born at the London Hospital Whitechapel in 1913 – her mother was from Kiev and her father from Rumania. Nat was also born in London in 1906 of Russian parentage. He was a scrap metal dealer, as was his father Morris & during WWII joined the Home Guard. Nicky had been a mannequin and later became a dressmaker. The couple first lived in Steele’s Lane, Whitechapel and then moved to Upper Clapton.