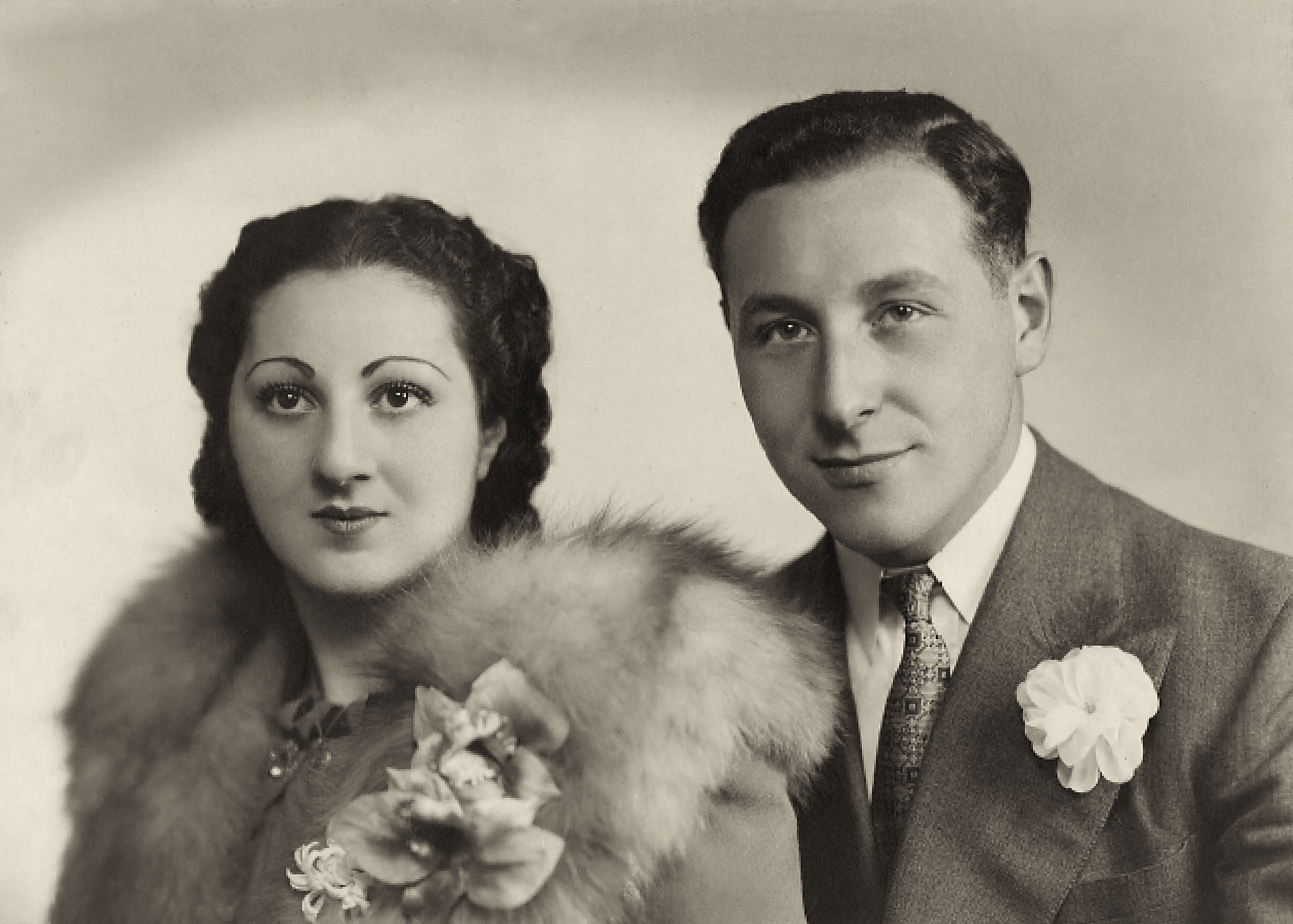 Annie Slotnick and Cecil Clement were married on 24th March 1940 at the Central Synagogue in Great Portland Street.

Annie was born in London in August 1915 and was the eldest daughter of seven children to parents Leah [nee Rosen] and Marks Slotnick. Cecil was born in Dublin in April 1918 and was the second son of parents Alfred and Annie [nee Warshawski] Clement. Cecil was a tailor by trade. For the wedding, Annie’s father made her a coat as it was difficult to buy traditional white dresses during the war. The couple needed to obtain special permission to marry on that date as it was Purim. The reception was held at ‘Folmans’ in the West End and the opening dance was ‘Somewhere over the Rainbow’ – a song that would be played at all future family functions.

Annie and Cecil were a devoted couple who were together for 68 years.