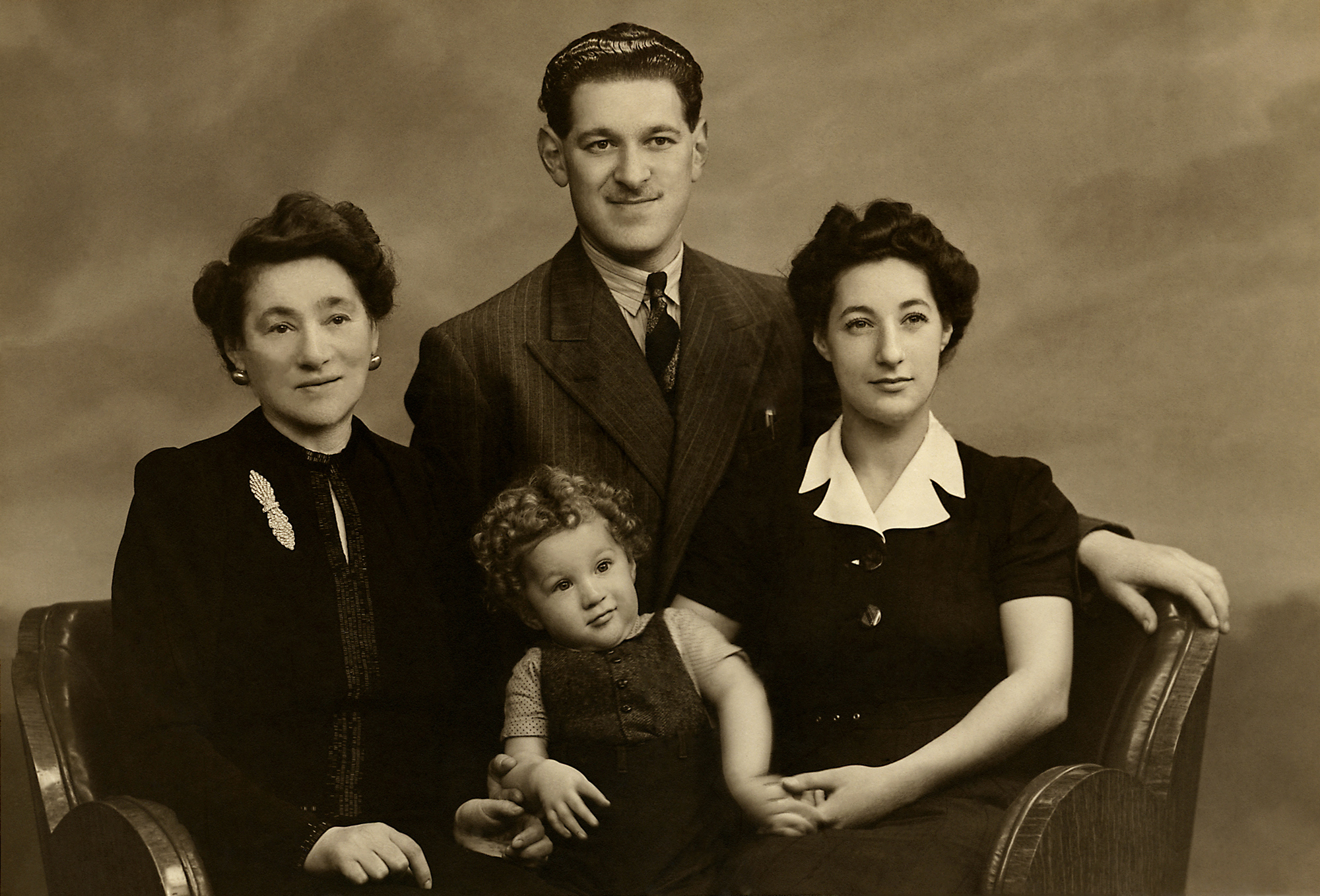 in 1945. Centre is Norman Blasebalk, born in 1914 in Cambridge, a production engineer for a component manufacturer. To his right is his wife Annie, known as Bobbie (née Singer) who was born in 1915. Norman & Annie were married in 1941 at Highams Park & Chingford Synagogue. To the left of Norman is his mother Millicent Blasebalk (née Myron) who lived with Annie & Norman throughout her life as her husband, David,died very young. The young boy in front is Annie & Norman’s eldest son, David Blasebalk, born in 1942, who recently retired as the managing director of an engineering company. They had a second son, Anthony, born in 1946 who became a community pharmacist in Wales with his wife Avril and daughter, Janet, born in 1953 who had a long career in teaching and married Robin Smith.