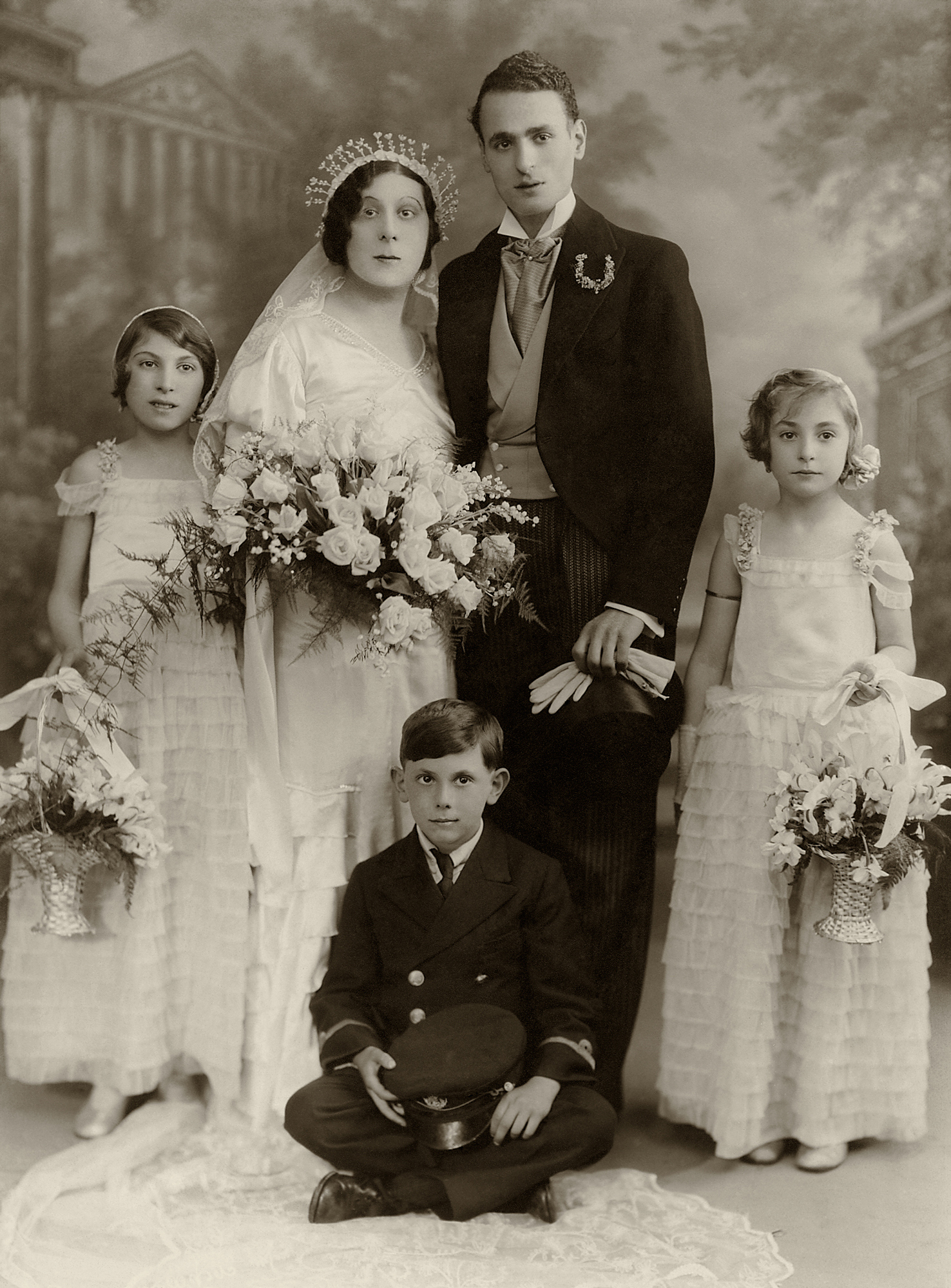 were married on 5 June 1932 at West Ham Synagogue. John was a printer and during WWII was a war reserve policeman stationed in Bow. The couple had one child, Shirley. The young man, Michael, seated in front was the eldest son of John’s brother, Joseph while the young girl, Esther (Essie), on the right was the elder daughter of John’s oldest brother, Dave.