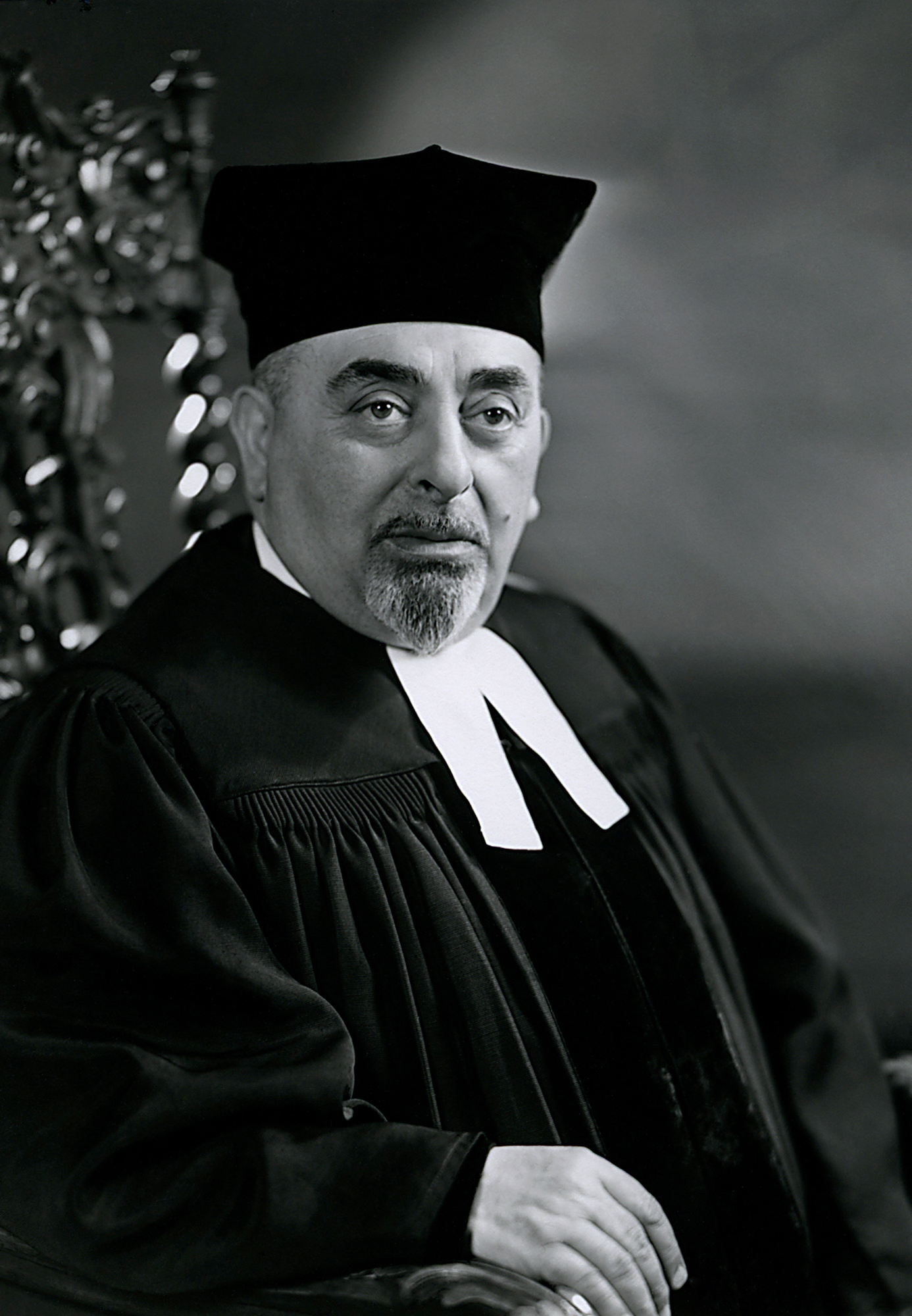 was born in Szedlice, Poland in 1907. The son of a rabbi, he was one of nine children. He arrived in the UK with his father in 1926. In 1939, he married Doreen Esterson, daughter of Reverend Woolfe Esterson, minister of the Hambro Synagogue in Commercial Road. At the time, Dayan Lew was Minister at the Stoke Newington Synagogue in Shacklewell Lane before joining Hampstead Garden Suburb Synagogue (HGSS) in Norris Lea in 1946. This new congregation had a broad base of educated and intellectual members which fitted in well with his own background. Apart from his studies for rabbinic ordination, Dayan Lew had gained a doctorate from the University of London – the subject of his thesis being ‘The Sixteenth Century Jews of Poland’. He became Rabbi Dr Lew in 1949 and four years later was appointed to the Beth Din. By 1969, he had become a full time Dayan & although he was obliged to resign as Minister of HGSS, he remained very close to the community. Dayan Lew died in 1987.