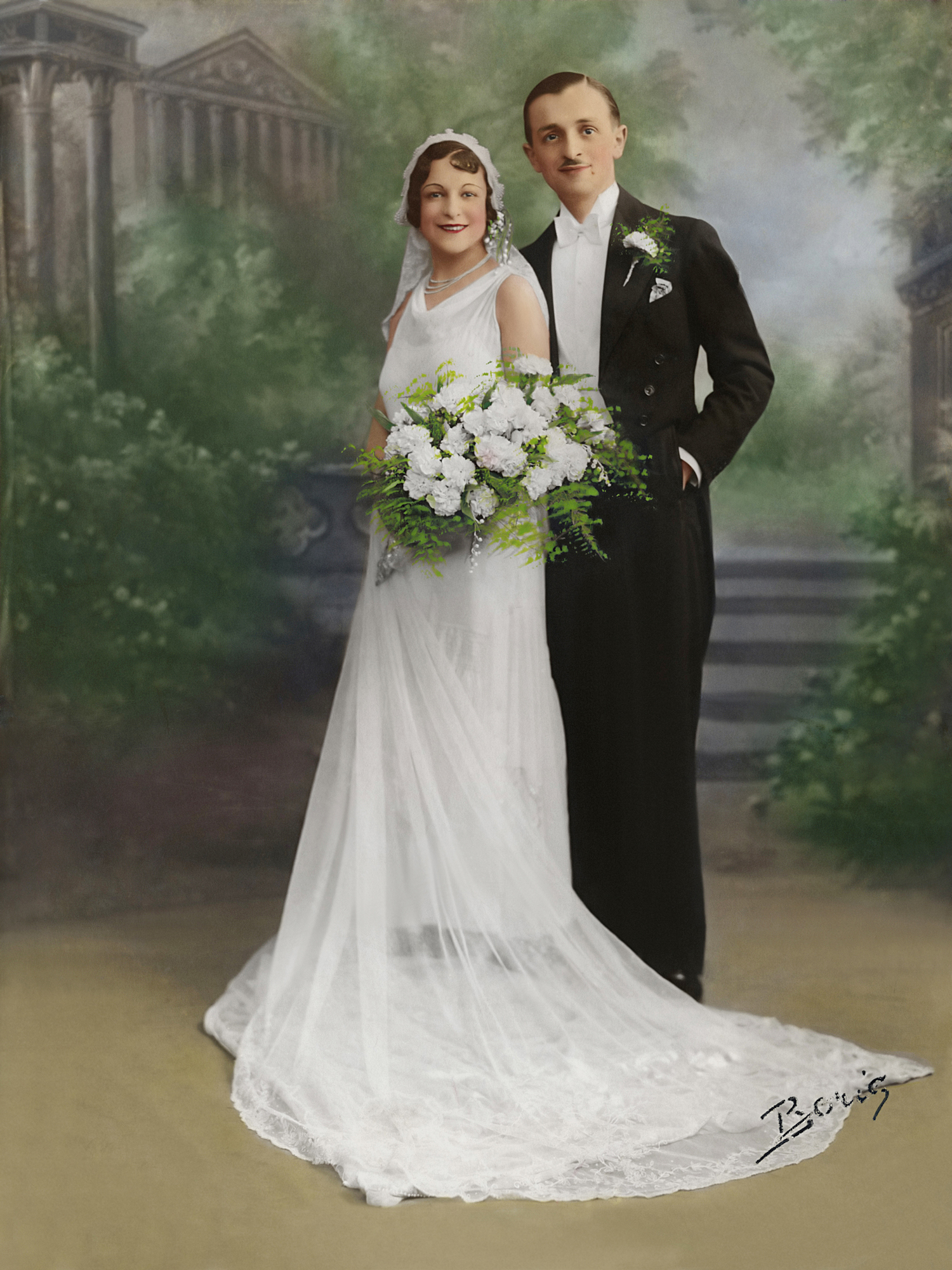 ( previously Hyman Klein) were married on 17 July 1932 at Philpot Street Sphardish Synagogue. Lionel started work as a tailor in the family business. He won a scholarship to Cambridge University but could not afford to take it up. Became a salesman for Lyons Chocolates to cinemas, then a cinema manager for J.Arthur Rank, sales manager for A.B.Pathe (UK) eventually becoming managing director of Republic Pictures (UK). Finally went into the whisky business which went public selling out to Invergordon Distillers. Before her marriage, Elsie lived in Museum St near the British Museum. She worked as a milliner & opened a shop next to the Hackney Empire. Later she ran a restaurant in Earls Court Rd with her daughter, Gloria. The couple started married life in Vallance Rd, Hackney moving to Edgware and then to Portman Square. Gloria married Paul Sellwyn and many years later they found out that both sets of parents (who did not know each other at the time) had their wedding photographs taken on exactly the same day at Boris’s studio. Paul’s parents were Miriam Pearlman and Meyer ‘Jock’ Sellwyn.