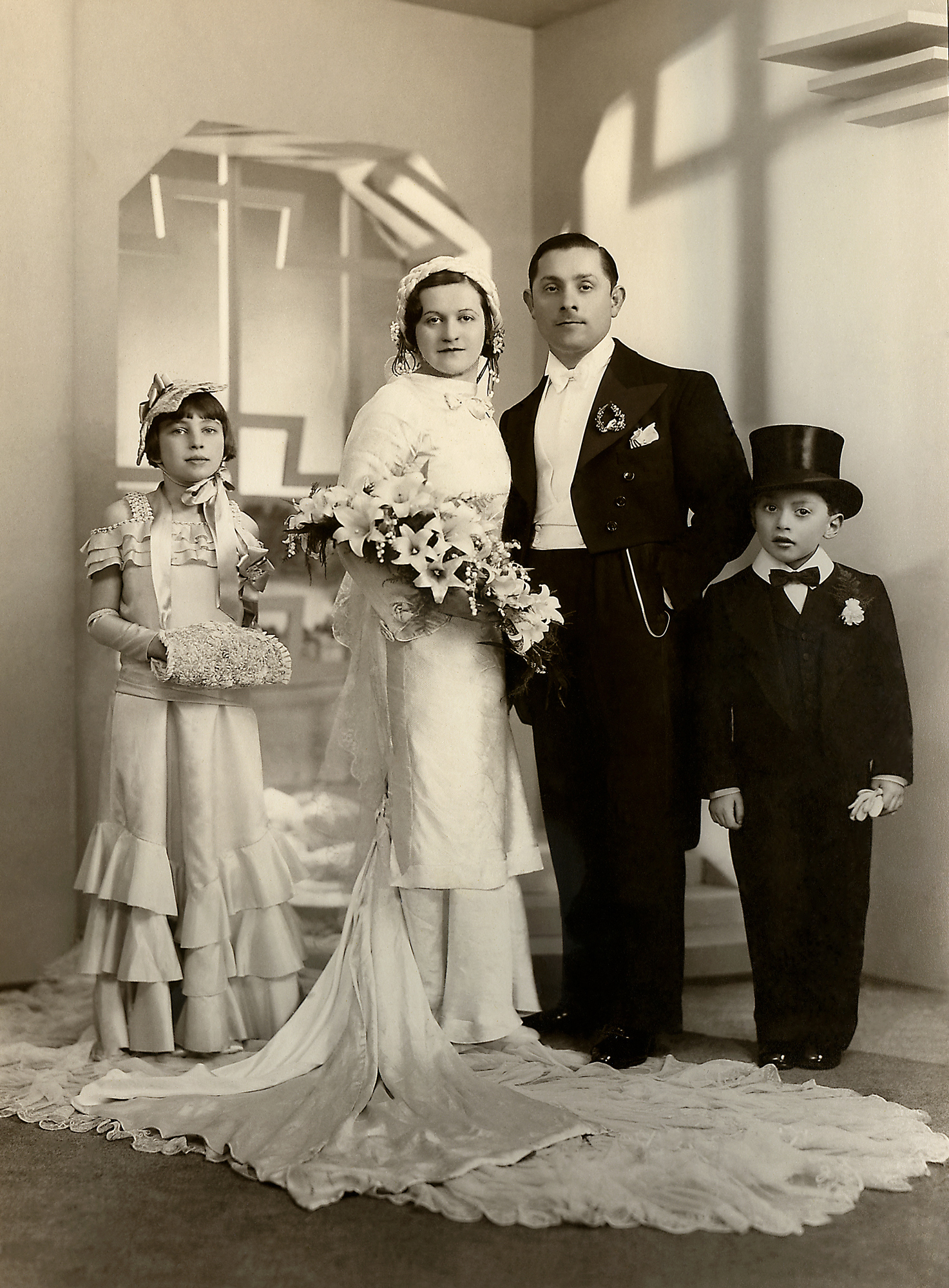 were married on 17 March 1935 at Philpot Street Synagogue in Whitechapel. Sidney, whose parents came from Lithuania, was a self-employed men’s tailor as was his brother Morris (click here). Fay did the button holes for the suits made by her husband. The couple lived in Stepney and in 1960 moved to Ilford. The young boy, Roy Segal, was Sidney’s nephew while the little girl was believed to be a cousin of Fay’s.