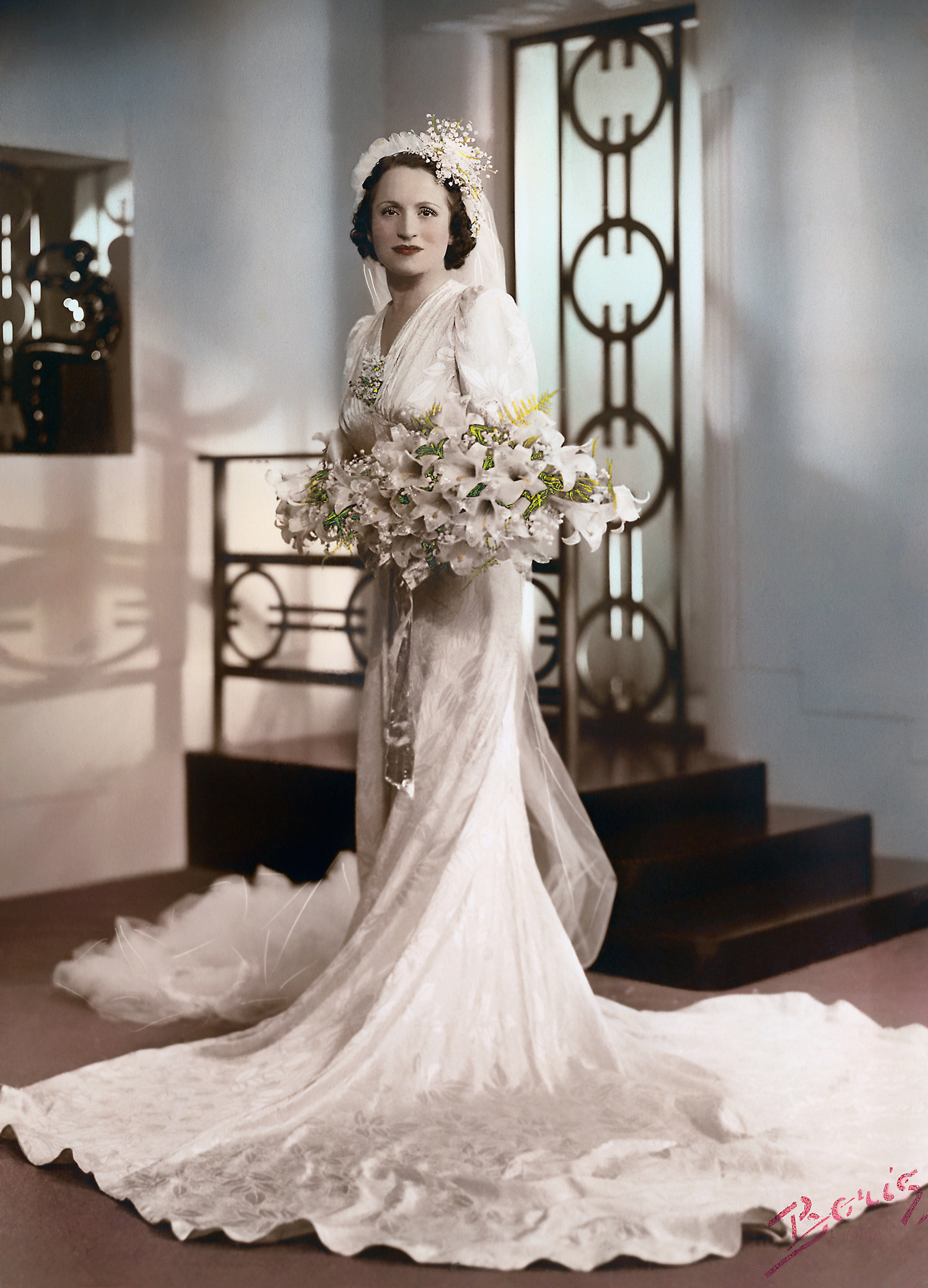 (changed from Prashker) were married on 28 June 1939 at Philpot Street Synagogue, Stepney. Jack had a hosiery shop in Roman Rd which was bombed during the war. He joined the fire service and after the war set up a stall in Roman Rd Market and was called ‘The Stocking King’. Gertrude was a twin and one of nine children & lived at home in Fournier St until her marriage and then assisted Jack in the market. The couple first lived in Stamford Hill and then moved to Ruislip and had two daughters, Helen and Linda.