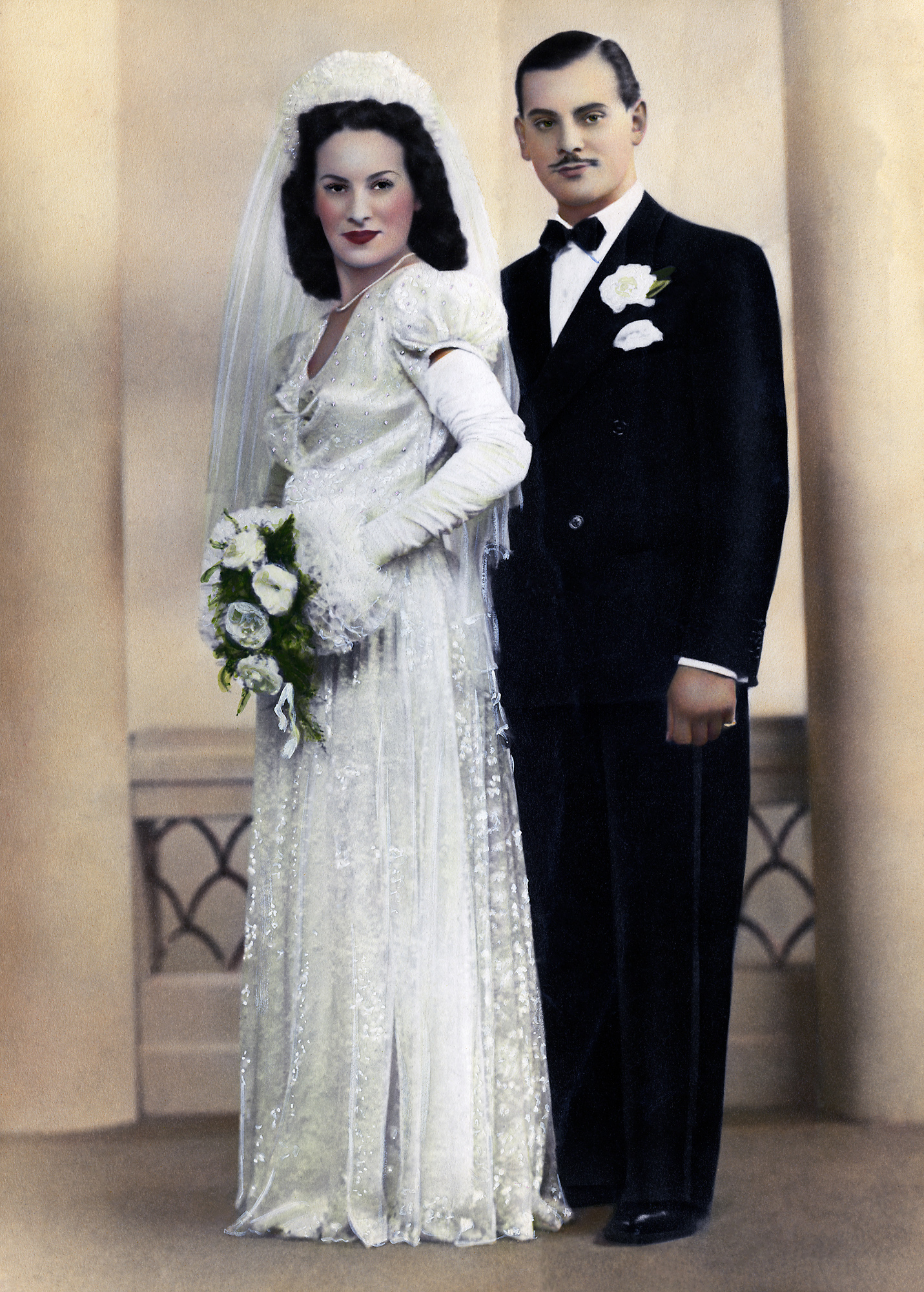 were married on 5 January 1947 at La Boheme Restaurant in New Bond St, W1. During WWII, Emanuel served in the army in the Signal Corps and worked for the head of Allied Command. He was reputed to have received the news that the war had ended. After his marriage, Emanuel sold ‘water softeners’ and then set up in business selling ‘government surplus’.