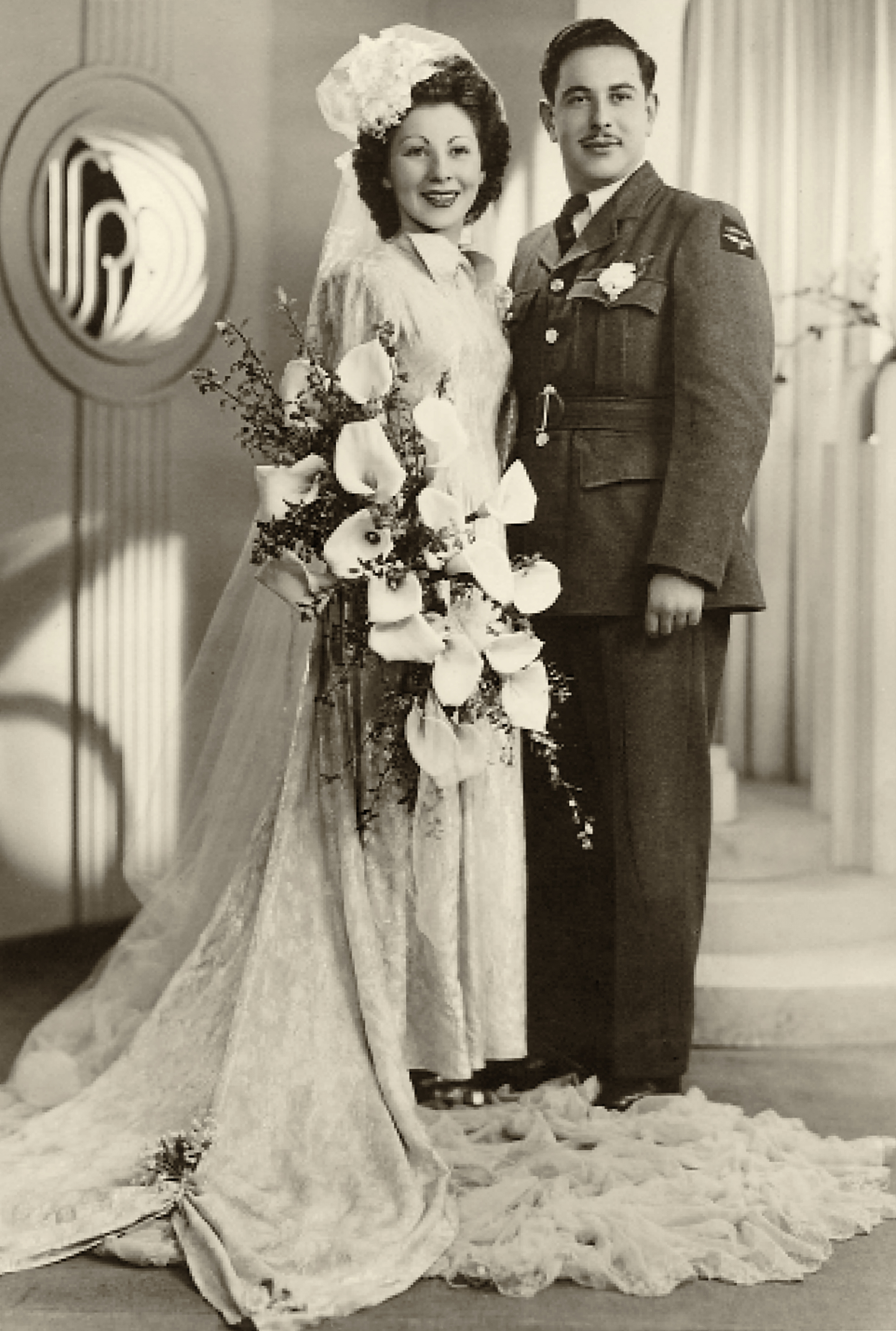 Kitty and Jack were married on 28th October 1945 at Egerton Road Synagogue in Stamford Hill.

Kitty was born in London in 1921 and Jack in Toronto, Canada in 1922. Jack joined the Canadian army in 1940 and was shipped to the UK where he met Kitty at a social club dance. They saw each other frequently until Jack was posted overseas. At the end of the war, Jack returned to the UK but had to return to Canada to be demobbed. Kitty was convinced she would not see him again and broke off the relationship. Jack sent pleading letters and finally rang Kitty’s father for permission to marry her and take her back to Canada. He gave his blessing and once married Jack returned to Canada but it took Kitty a further six months to gain permission to join him. She joined 2,000 brides at Southampton and sailed on the ‘Queen Mary’ to Halifax, Nova Scotia, finally arriving in Toronto in June 1946.