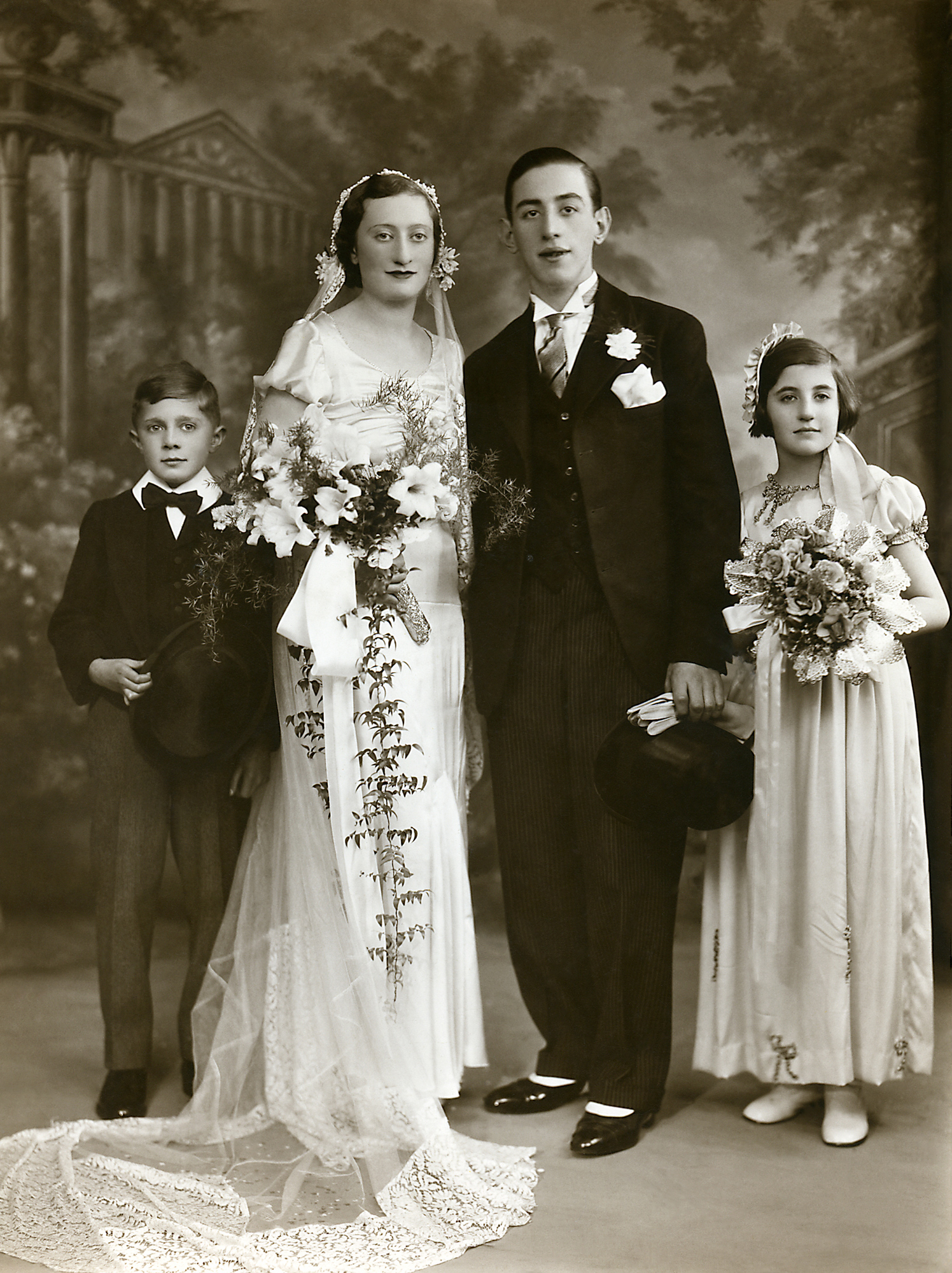 were married on 5 June 1932 at the East London Synagogue in Rectory Square, Stepney Green. Both Lily & Harry were born in the UK. Lily’s parents came from Siemiatycze in Poland and Harry’s from Kremenchug, near Odessa in the Ukraine. At the time of their marriage, Lily was a dressmaker and Harry a cabinet maker at the Harris Lebus furniture factory in Tottenham. During WWII, Harry was exempt from going into the armed services as the Lebus factory was involved in essential war work manufacturing Horsa Gliders, parts for de Havilland’s Mosquito plane and wooden replicas of Sherman tanks designed to deceive German pilots .The couple lived in the Finsbury Park area and had one daughter, Anna. In the photo, to the left of Lily was Cyril Zamchik, a cousin, who became a jewellery manufacturer. During WWII, Cyril served with the Provost Police in the RAF and his tours of duty included India & with the occupation forces in Japan. On Harry’s right was Millie Haskin, who later married Adolf ‘Johnnie’ Kessler (click here).