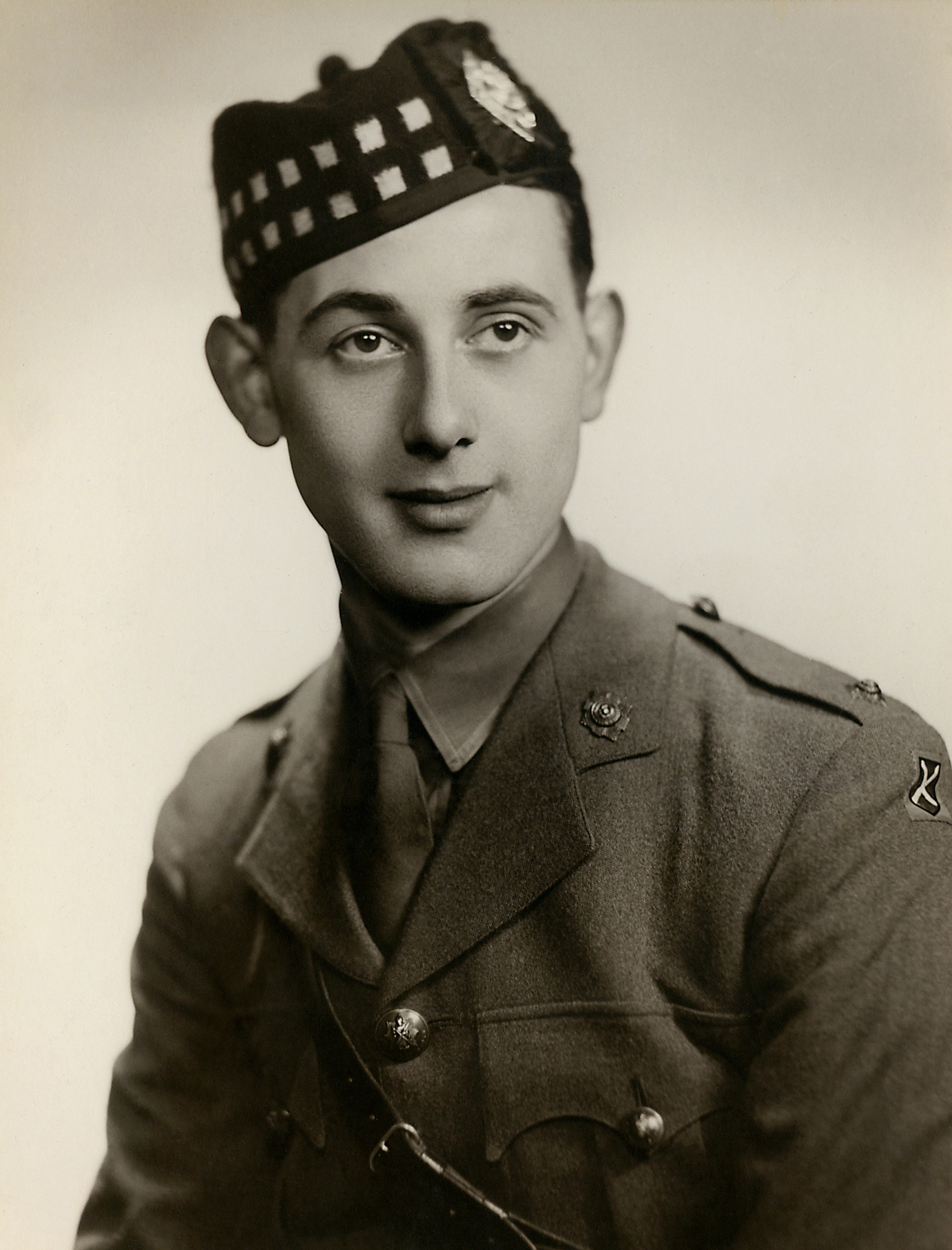 in 1941, was born in Middlesborough, on 10 August 1921. As a child he lived in Leeds, Glasgow & Edinburgh before moving to & settling in south-west London. He excelled academically at the Elliott Central School and left aged 16 to join Wandsworth Borough Council as a clerk in their finance department. With the outbreak of WWII, he put his career ‘on hold’ and enlisted in the Royal Scots – the same regiment as his father, Lawrence, had served in during WWI. He gained a commission and served overseas on attachment to the Indian Army and later to the Burma Army in which he became Company Commander in a Gurkha battalion before being invalided home in 1944. He resumed his career at Wandsworth BC overseeing the committees responsible for housing and the repair of war damage. On 27 August 1944, Leslie married Isabelle Pincus at Bolingbroke Grove Synagogue in Wandsworth having met 6 years earlier at the synagogue youth club. Leslie continued his career at Wandsworth and in 1970 was appointed Deputy Town Clerk. In 1981, at the age of 60 & after 43 years service, Leslie retired with many tributes. Leslie died on 18 July 2010. He and Isabelle were married for over 65 years. The couple have two daughters, Beverly, born 1947, and Judith, born 1952.