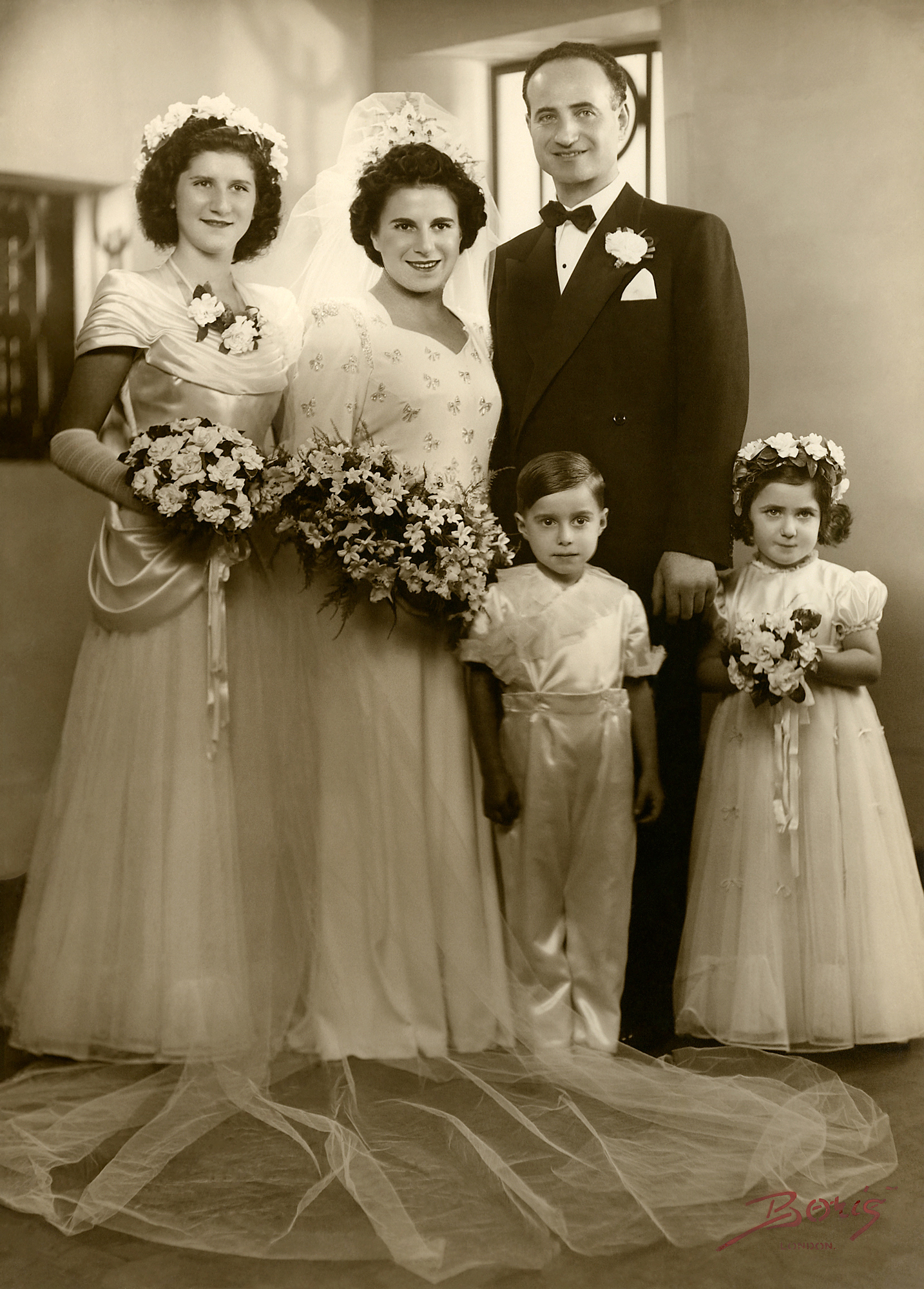 were married in September 1946 at Walm Lane Synagogue, Cricklewood.On the left of Libby was June Frumkin while on the right was David Frydman, Libby’s nephew, and Angela Goldberg, Libby’s neice. Louis was born in 1908 in Kielce, Poland & came to the UK in 1913. Libby grew up in Stoke Newington & was the youngest of four children of Rachel & Elias Frumkin. At the time of her marriage, Libby was working in her parents’ shop ‘Frumkin Wines’ at 162 Commercial Rd. Since the age of 14, Louis worked in his father’s shop, originally in Philpot Street, Whitechapel. The shop later became L D Sacks, Woollens & Worsted, at 275 Commercial Rd. Libby had previously declined a ‘shiddach’ with Immanuel Jakobovits as she did not want to marry a rabbi. However, Libby & Louis had 4 sons, Jonathan, Brian, Alan & Eliot. Jonathan went on to become Chief Rabbi of the United Hebrew Congregations of the Commonwealth in September 1991 succeeding Lord Jakobovits. In July 2009, he was recommended for a life peerage, becoming Lord Jonathan Sacks.