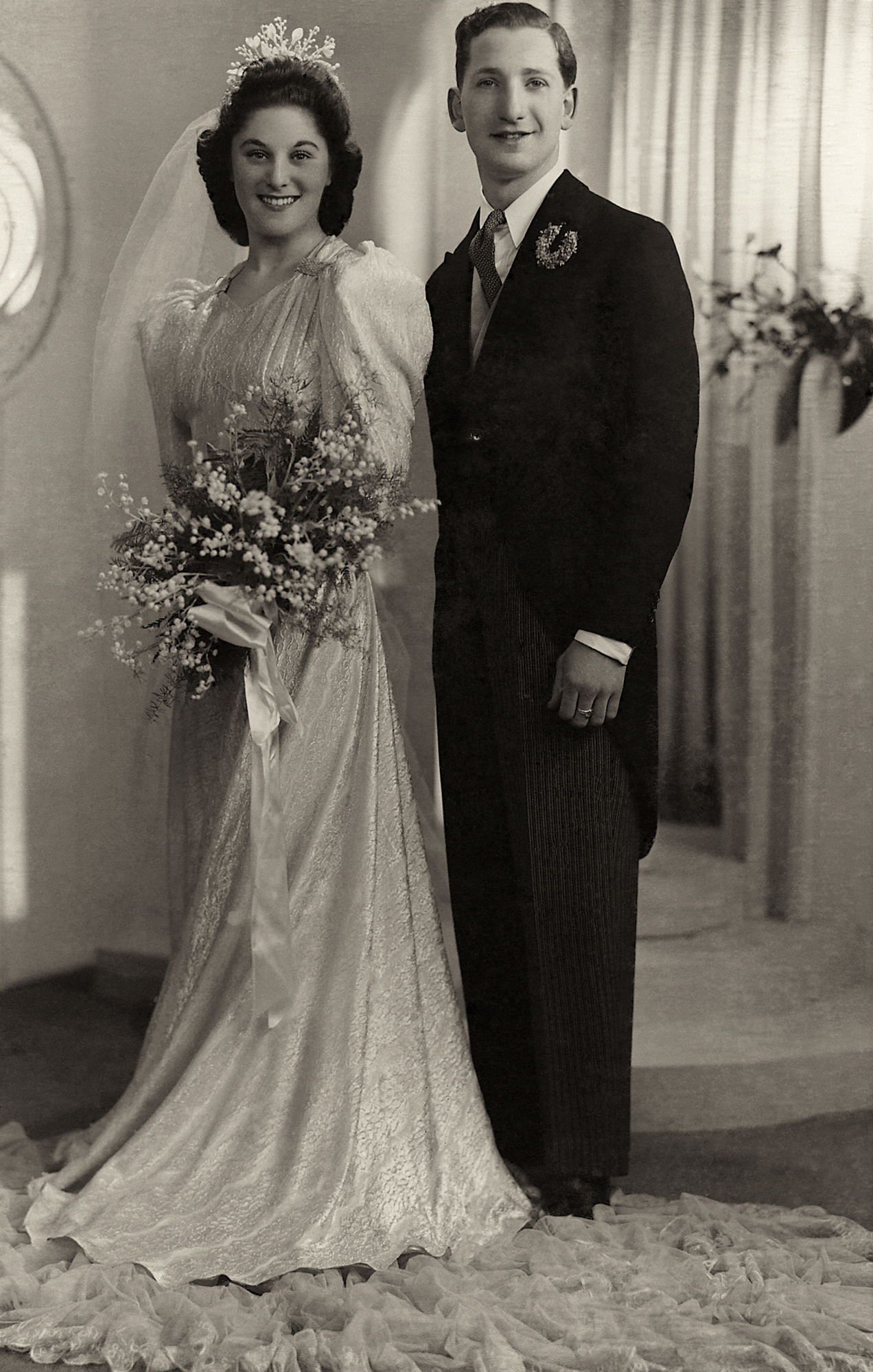 were married on 1 September 1942 at Devonshire Road Synagogue in Hackney with the reception at Folman’s West Central Rooms, Noel St, W1. Both Sid & Lilian were born in London in 1922. At the time of their marriage, Lilian was a secretary for the Ministry of Food. Sid started work at 14 as a messenger boy for the BBC. He then became a solicitor’s clerk for the firm H.H.Wells & Sons of Paternoster Row & then decided to take up a career as a professional boxer. Between 1939 & 1940, Sid had 16 professional contests of which he won 14. With the onset of WWII, Sid joined the RAF and was stationed at Leuchars in Scotland. On returning to London, the couple lived in Watford and Sid started a new career as a boxing referee. Between 1959 & 1988, Sid gained his 5 star ‘A’ licence and refereed well over 1500 professional fights taking him overseas including Puerto Rico, Las Vegas & New York. Many of these contests were title fights & included champion boxers such as Frank Bruno, Joe Bugner, Nigel Benn & John Conteh. In 2011, Sid was awarded by Baroness Hill a lifetime achievement award by the British Boxing Board of Control. Lilian died in 2008 & was married to Sid for 66 years. Sid,now aged 91, lives in Elstree.