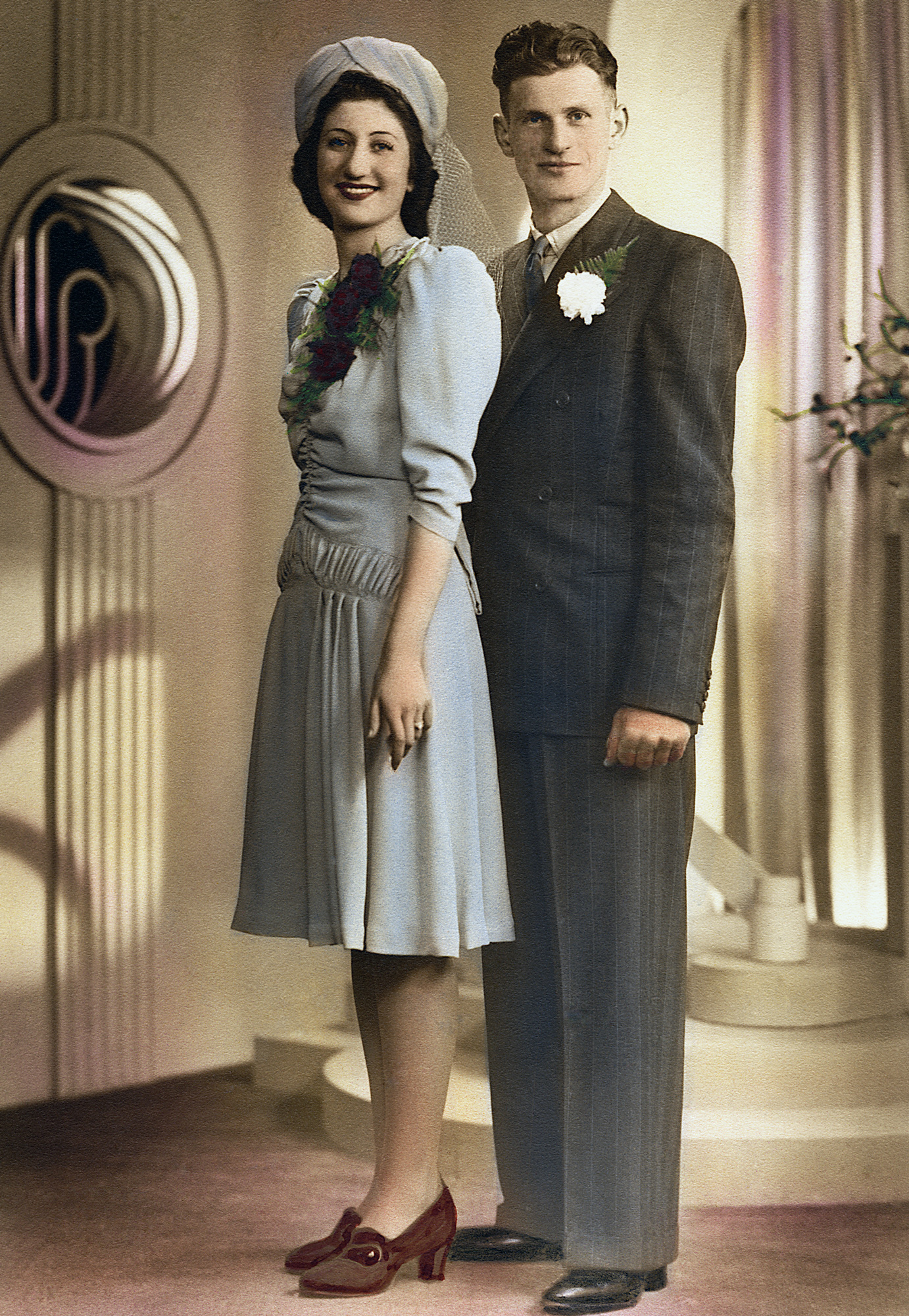 were married on 24 April 1944 at Stoke Newington Registry Office. They had a second wedding on 11 June 1944 at Finsbury Park District Synagogue in Princes Crescent N4. Millie was born in the UK in 1922. Her mother was born in Siemiatycze, Poland & father, a musician, in Russia. At the time of her marriage Millie was a secretary. Adolf was born in 1916 in Cologne Germany. He arrived in the UK in May 1940 after his mother paid guides to take him & his two brothers separately out of Germany through Belgium & Holland. His two brothers were captured & one survived the Warsaw Ghetto & Auschwitz. His mother, another brother and four sisters all died in the camps. Adolf managed to board the ship ‘Maid of Orleans’ & on arrival in Dover was arrested. He was temporarily interned in Pentonville Prison & subsequently joined the Royal Electrical & Mechanical Engineers (REME) in the British Army as an electrician and was later stationed at the POW camp, Nissen Creek near Exeter, acting as an interpreter in German & Flemish. Adolf left the army in 1947 with the rank of Staff Sergeant and became a car mechanic/electrician, later going into car sales. Millie & Adolf had two children, Ronald and Eleanor.