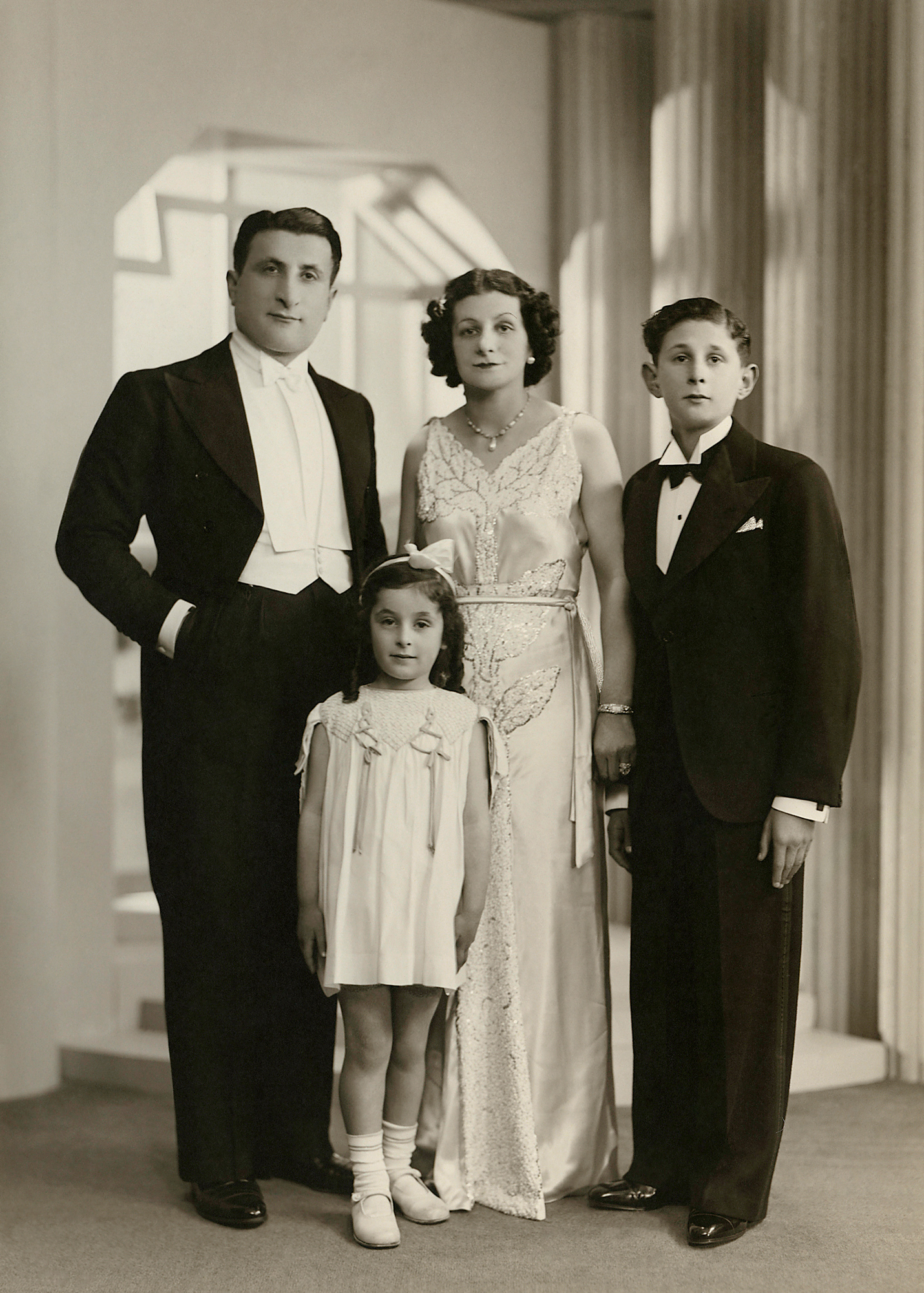 at his Barmitzvah in April 1938 with his sister Sylvia and parents, Alec and Rachel (née Kafitz). At the time, the family lived at Wellington Ave, Stamford Hill and Monty attended Tottenham Grammer School. The Hubbersgilt family came to the UK in 1901 from Vitebsk in Lithuania with Alec being brought over 9 years later by his aunt. His family of eleven children (8 boys & 3 girls) lived in Brick Lane above the workshop. All the boys were trained by the father as ‘cabinet makers’. Alec was educated at JFS but left at 14 to work with his father. He married Rachel on 17 June 1924 at Philpot Street Synagogue E1. By the time of Monty’s barmitzvah, Alec owned his own factory in Stamford Hill, employing around 50 people at that time. The factory specialised in the manufacture of ‘cocktail cabinets’ and dining-room furniture. Monty’s mother, Rachel, also came to the UK from Vitebsk in the early 1900’s with her family (10 girls & 1 boy) and lived in the Customs House, Docklands. Not wanting to stay at home she trained to be a shorthand typist.