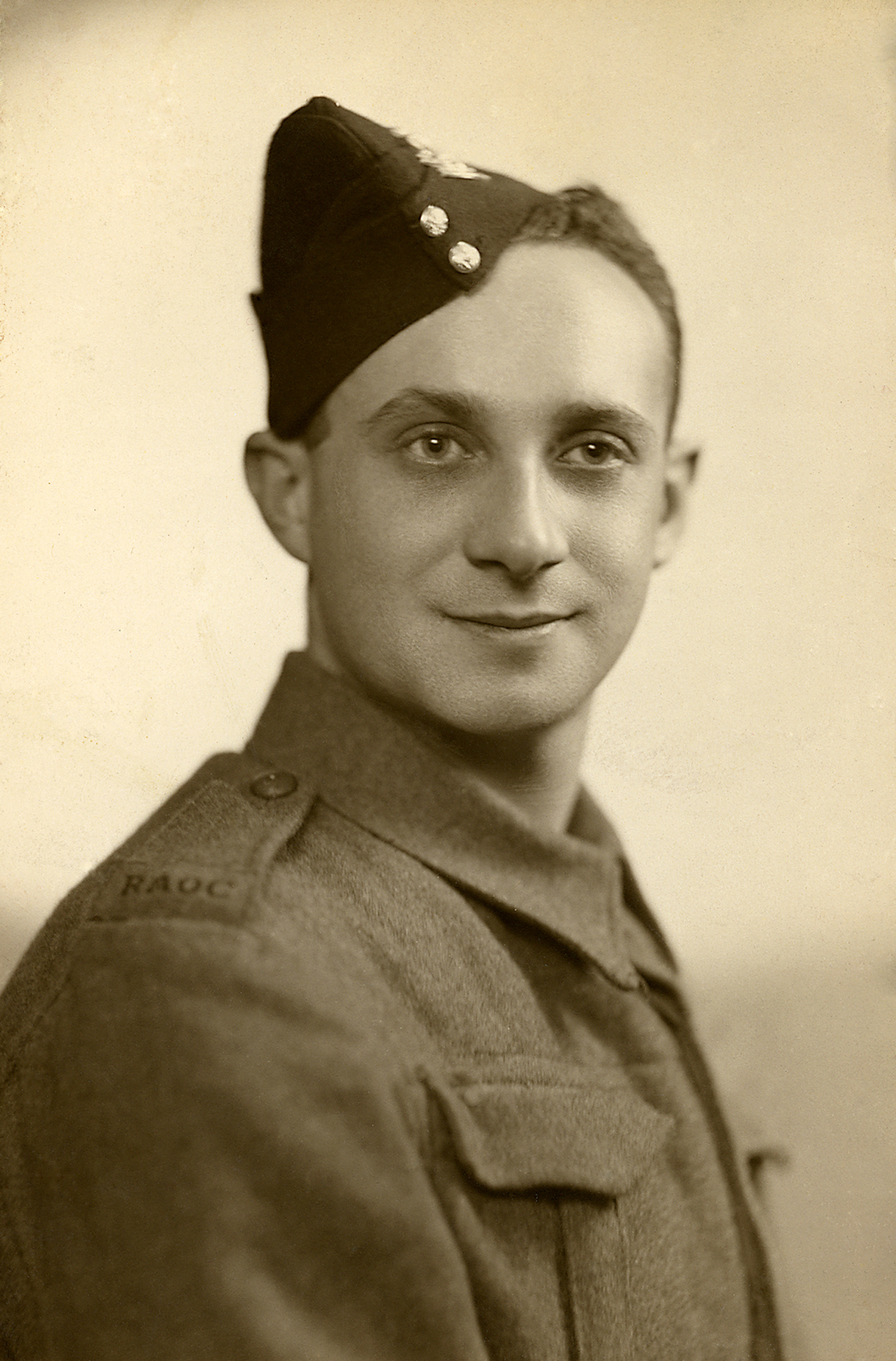 in 1941, was born on 30 September 1916, grew up in Dalston and was educated at the Grocer’s School in Hackney. Morris married Phyllis Lebof on 6 July 1941 at Cricklewood United Synagogue in Walm Lane. He volunteered at the Edgware Road Recruitment Centre for the Royal Army Ordnance Corps(RAOC), responsible for supplying ammunition & spares for tanks. He saw service from 1941-1946 and was involved in the Normandy invasion at Arromanche. After the war, Morris joined his father’s speciality cardboard box business, Modern Box Co, at their Old Street factory. The couple first lived in Brondesbury and finally settled in Hove. They had two children, Roger, who ended his career as a Trade Union General Secretary & Karen, who worked as a co-counsellor.