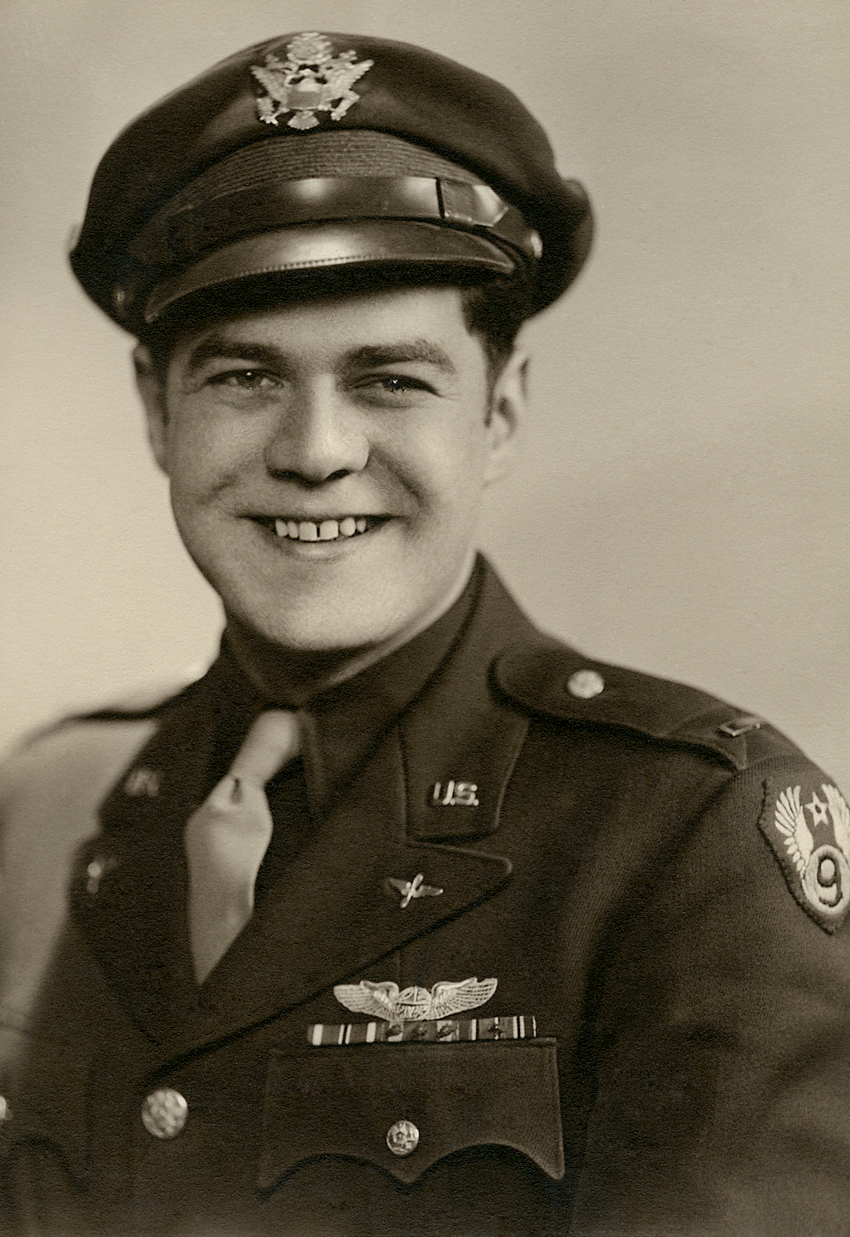 Murray was born in New York City on 21st January 1920. He enlisted in the US Army Air Corp in January 1942 and was assigned to the 386th Bomb Squadron which saw service in Europe being initially based in England and after D-Day in France. Murray was a bombardier-navigator on a Martin B-26 Marauder medium bomber. He achieved the rank of First Lieutenant and for his services was awarded the Purple Heart Air Medal and the Distinguished Flying Cross. After the war he returned to New York and in 1946 married Harriet Block. He resumed his studies and achieved a Master of Science Degree, later working as a chemist for hercules Powder and then Dupont for the remainder of his career. Murray died in 1992.