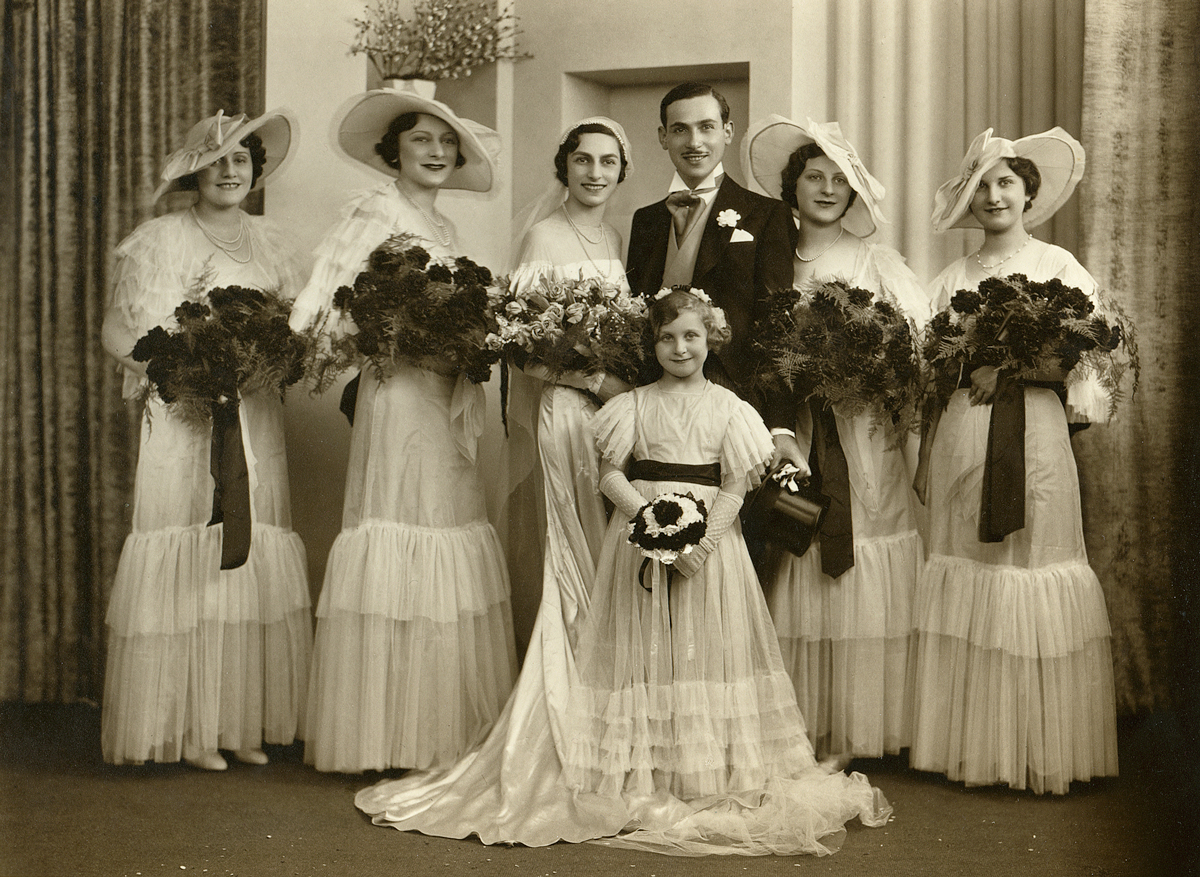 Phoebe Goldman and Matthew Myers were married in the summer of 1934 at Walm Lane Synagogue, Willesdan with the reception held on the Embankment. The couple, who were both hairdressers lived in Willesden and owned a hairdressing salon together.

In the photo left of the bride is Anne Goldman, sister of Phoebe, while to the right of Matthew is Evelyn Fear [later Steinman] and Anne Kerner [later Viner]. The young girl in front is Pauline Mahoney, Evelyn Fear’s first cousin.

All the dresses were made by Lakey Baudrey [nee Kerner] who had come from Russia in 1917.