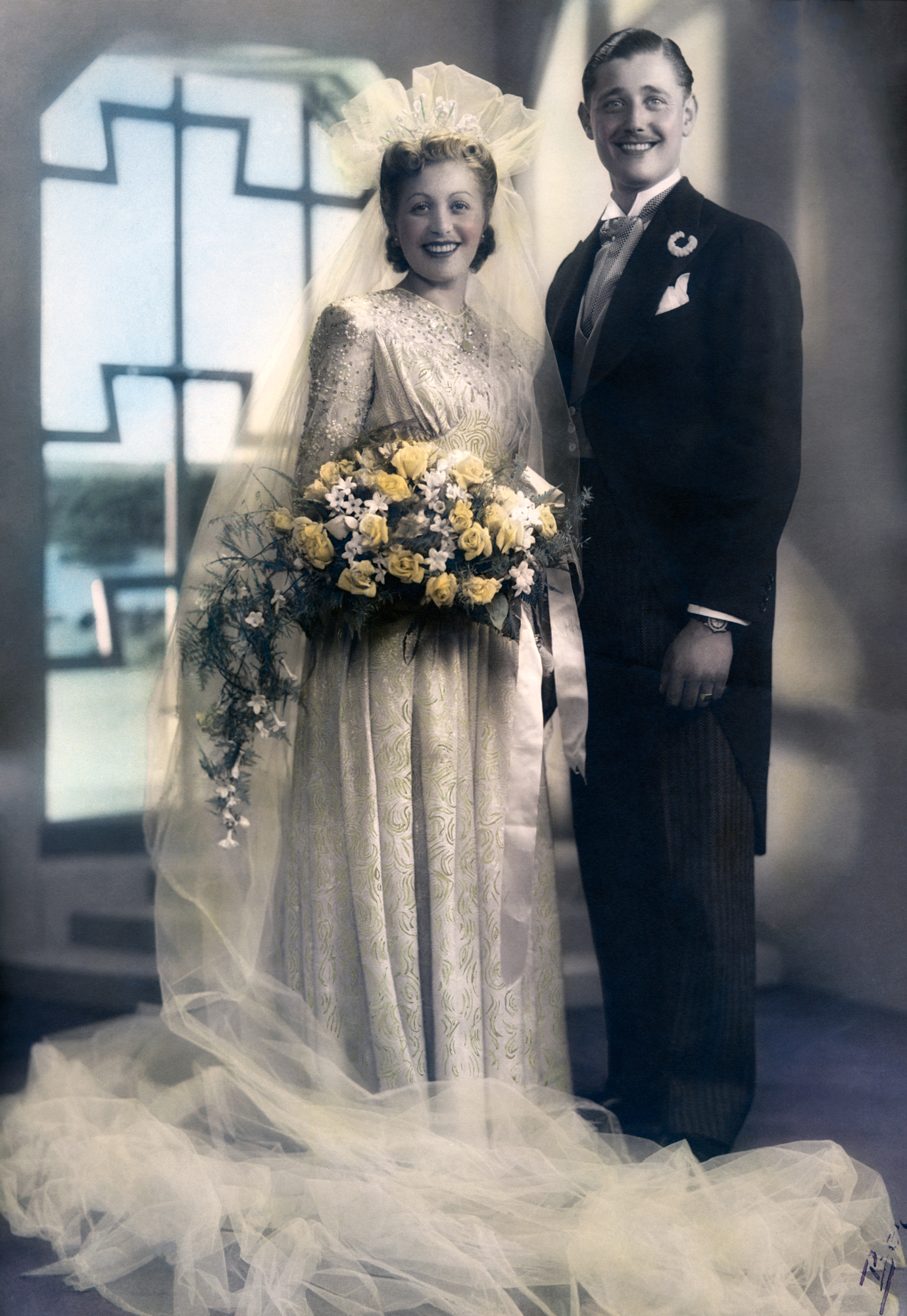 were married on 26 July 1942 at Egerton Road Synagogue, Stamford Hill with the reception at Stoke Newington Town Hall. Renee (originally Vishner) was born in 1920 from British born parents while Harry was born in 1919 from parents born in Minsk. Renee was a hairdresser and had her own salons in Stamford Hill & Leeds – both called ‘Maison Renee’. Harry was a baker and founded Bourne’s Bakery with his four brothers and later joined by their brother-in-law. In all there were 52 shops all over London. The couple initially lived in Ilford and then Willesden and had three daughters, Sara (married to David Morein), Franie (married to Stephen Sampson) and Beverley (married to Steven Emden).