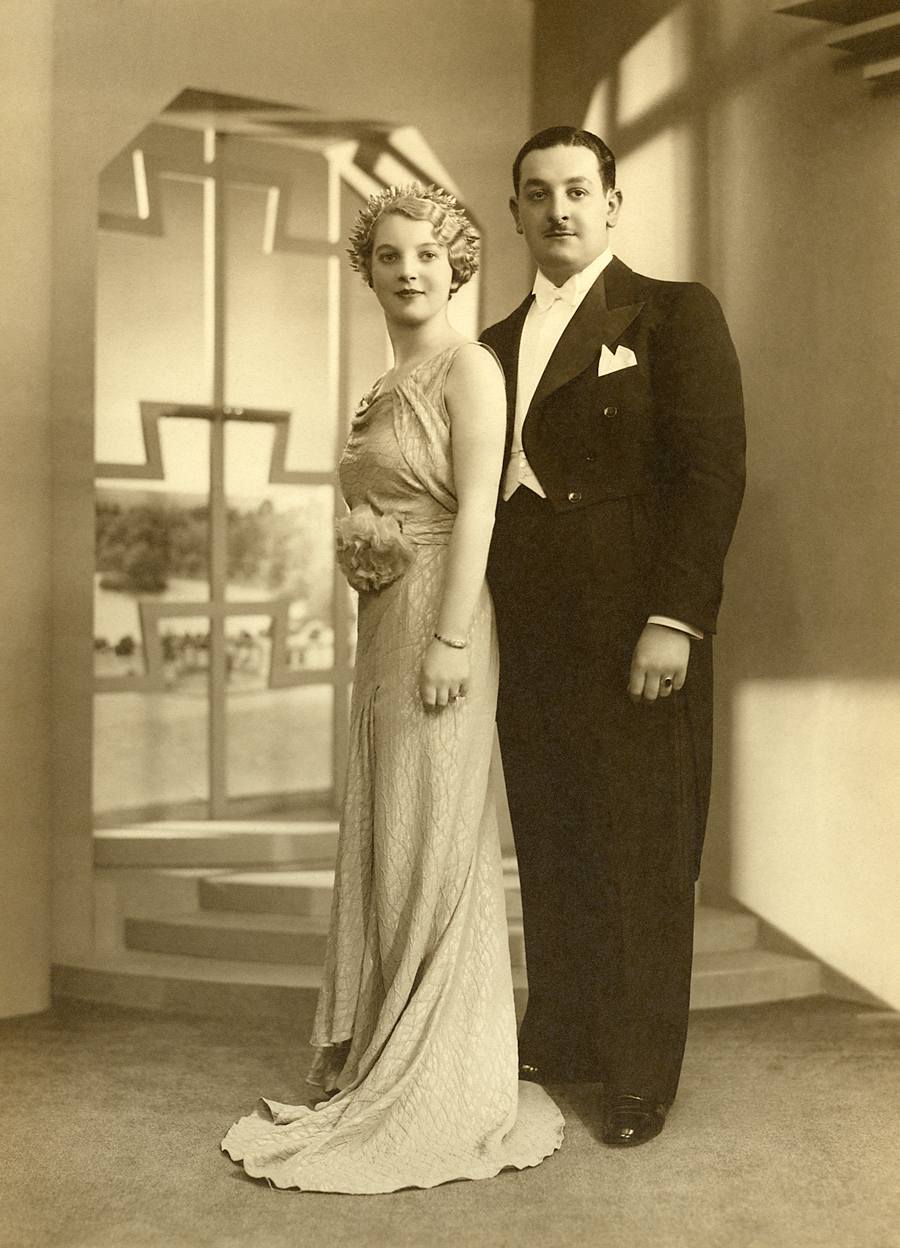 Sadie Weisblatt and Harry Leibu were married on 19th August 1937 with a reception at the Westminster Palace Rooms.

Sadie was born in Stepney Green in 1916 and her father was a taxi driver. Before her marriage Sadie worked as a book keeper at Frankenbergs earning 3 guineas [£3-30] a week. Harry was born in Hoxton in 1912, his parents having emigrated from Romania and also worked at Frankenbers for a time as a salesman. At the outbreak of war in 1939, Harry joined the Auxiliary Fire Service based in Perivale and drove fire engines covering the docklands during the blitz.

After the war Harry started his own clothing manufacturing business specialising in children’s coats. It was called Leibu & Caplin based near Hessel Street.