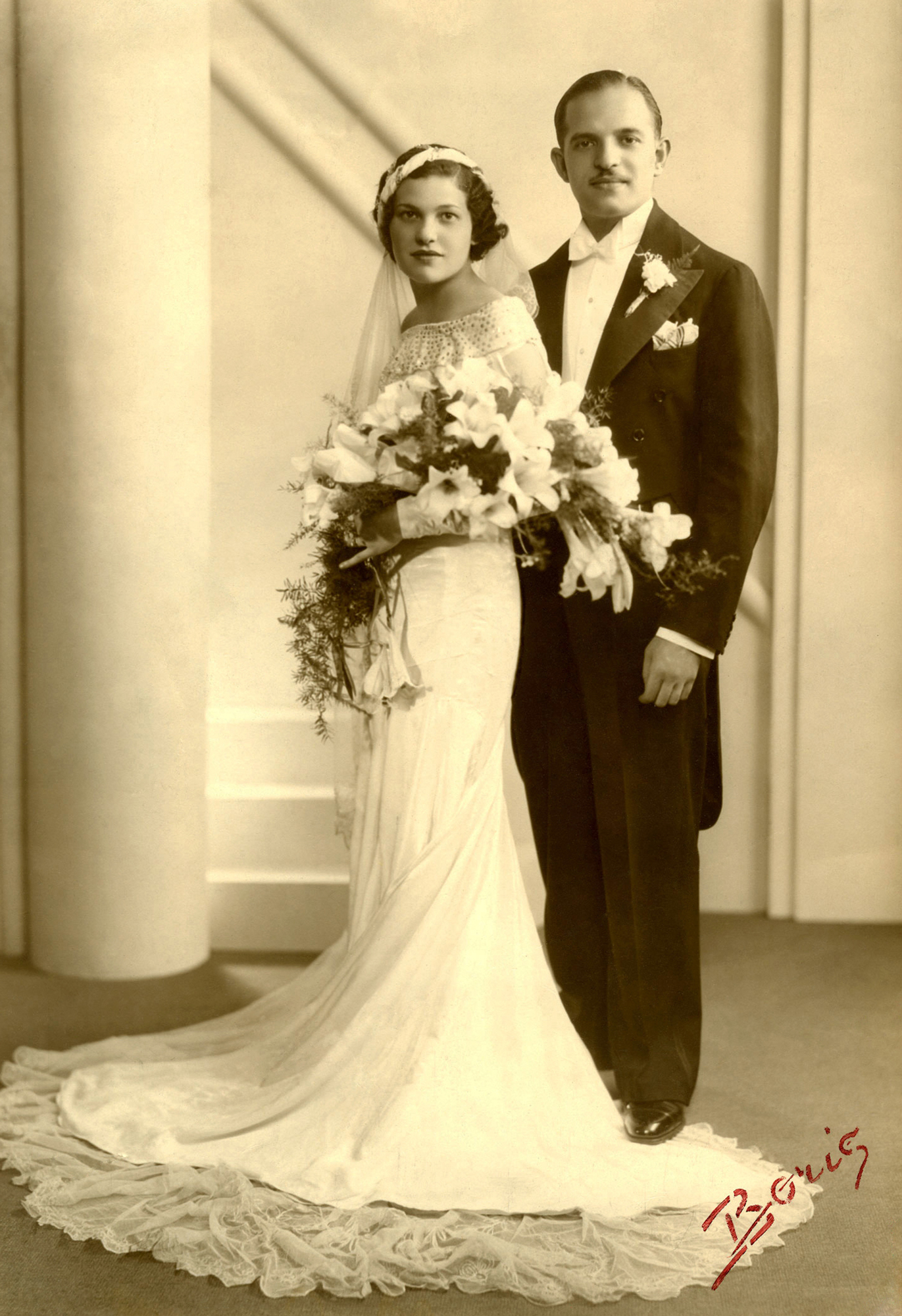 (previously Zalic Carriger), both aged 24, were married on the 17 September 1933 at Jubilee Street Great Synagogue in Stepney. Both were born in the UK from parents of Polish/Russian origin. At the time of the wedding, Sarah was a costumiers shop assistant while Alec, like his father, was a freelance tailor. Alec set up his own factory called Karlinda Ltd which manufactured children’s coats for the major retailers & one of his designs is now in the V&A. He ran this until his early death at the age of 54. The couple initially lived in Whitechapel, then moved to Neasden and had three sons, Stanley, Michael and Anthony. Stanley joined Alec’s tailoring business while Michael and Anthony both achieved PhD’s and together formed a company, Gilchrist & Soames Ltd, selling toileteries which was later acquired by a US hotel amenities group.