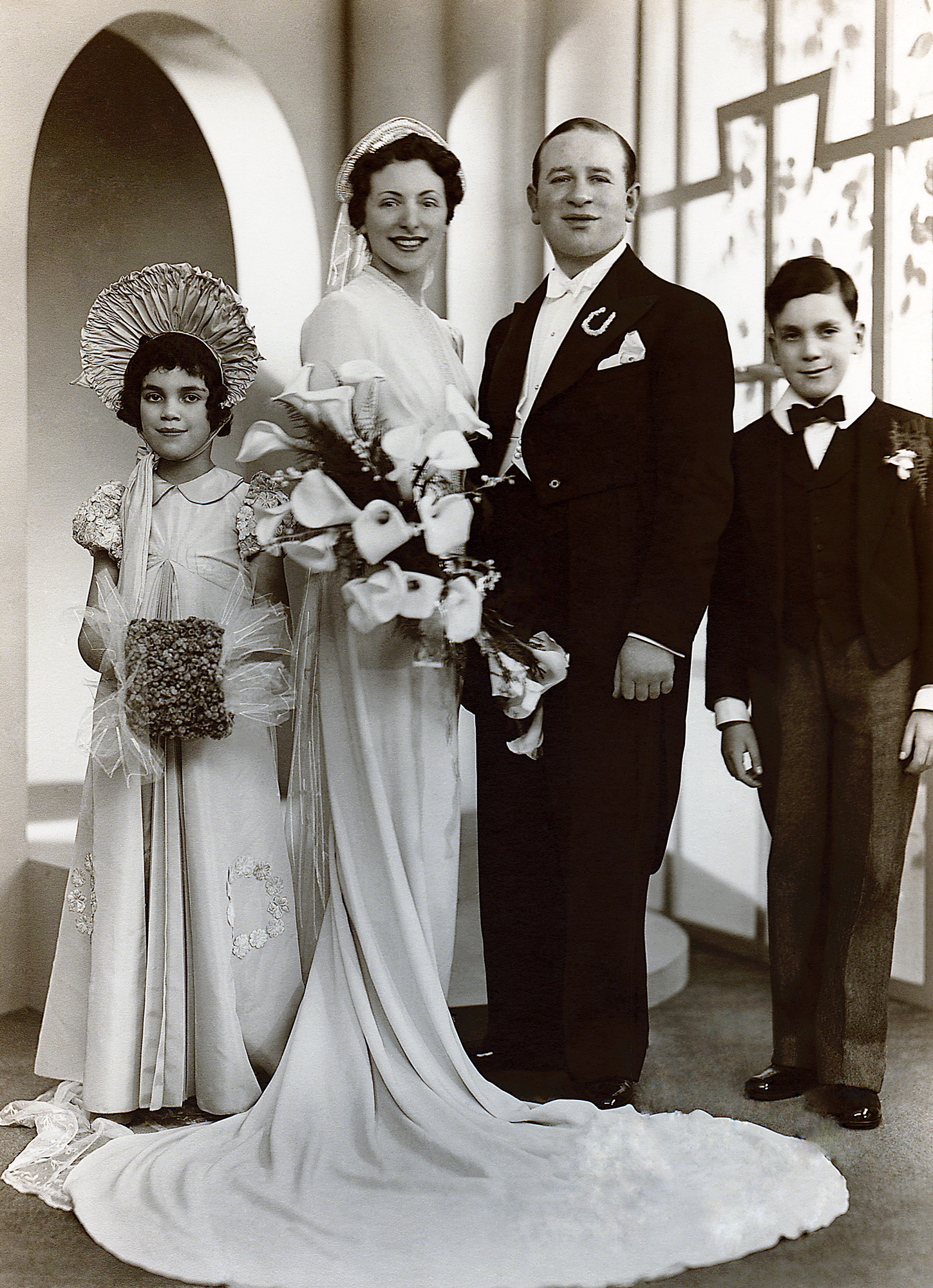 were married on 2 January 1938 at the Hendon Synagogue in Raleigh Close with the reception at Folman’s West Central Rooms, Noel St, W1. At the time, Minnie was a seamstress for a gown manufacturer of wedding dresses & Mick was a tailor’s cutter. The couple had three children, Ros, a graphic artist married Monty Trent, now a District Judge; Joseph who became a dentist & married Ruth Veltman; and Bernard who became a research microbiologist. In the photo, right of the groom was Max (‘Mickey’) Cohen, a cousin, who became a tailor with his father and during WWII served in Korea in the Signals Corp. Max was later awarded an MBE for his youth work in Redbridge. On the left of the bride was Doreen Cohen, Max’s sister.