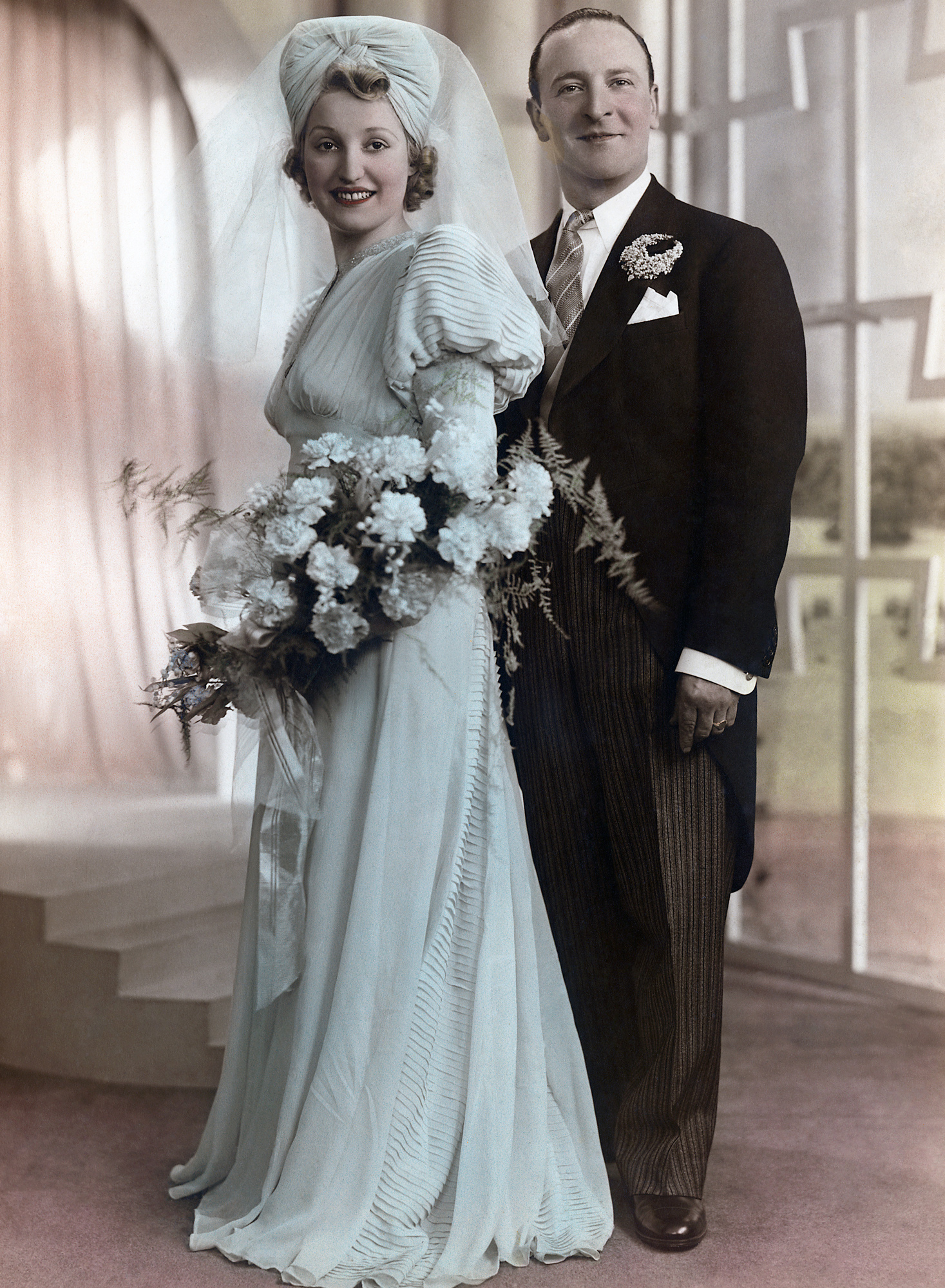 (changed by deed poll from Levinson) were married on 16 March 1941 at the New Synagogue in Stamford Hill. Michael was born in Edinburgh in 1908 & was a wholesale fruiterer in Spitalfields Market. Sylvia was born in 1916 in Walthamstow & was the daughter of Noah & Sarah ‘Sadie’ Ruda. She was manageress of the family radio & lighting retail shop. After they married the couple lived in Stamford Hill and in 1948 moved to Hampstead Garden Suburb. They had two children, Norman & Gillian.