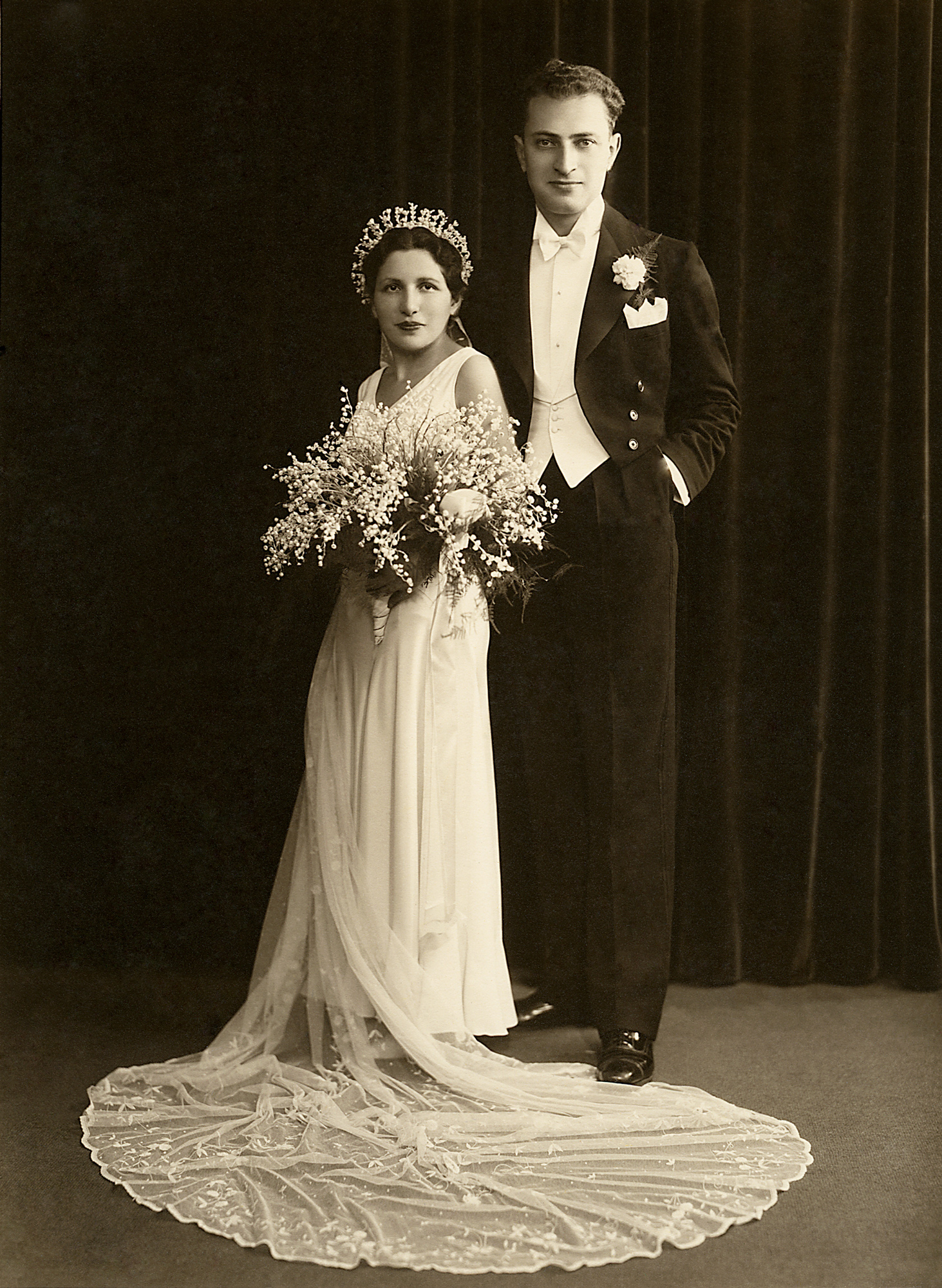 were married on 18 December 1932 at the Stamford Hill Beit Hamedrash Synagogue. Sylvia was born in Kirsanov, Lithuania in 1908 and came to the UK with her parents, Abraham & Udice, in 1912. Mo was born in Groningen, Holland in 1908. He joined the family sack business & as part of his training came to the UK in 1930. He stayed with the Swirsky’s, also in the sack business in Upper Clapton, where he met Sylvia. The couple first settled in Cricklewood & had a clothes store and garage. In the late 30’s, Mo attempted to bring his family out of Holland but they refused saying ‘We were neutral in the Great War, we’ll be neutral in this war’. None of the family survived. When WWII started, Mo joined the Free Dutch Brigade based in the UK and following D-Day were involved in the liberation of Holland with Mo a driver of a bren gun carrier. Sylvia had relocated to the USA before the war with sons, Jon & Tony, until 1947. After the war, the family lived in Brighton & then Hove & for a period Mo owned a cinema and ice-cream parlour on the seafront. Sylvia became a landlady owning flats in the area for students.