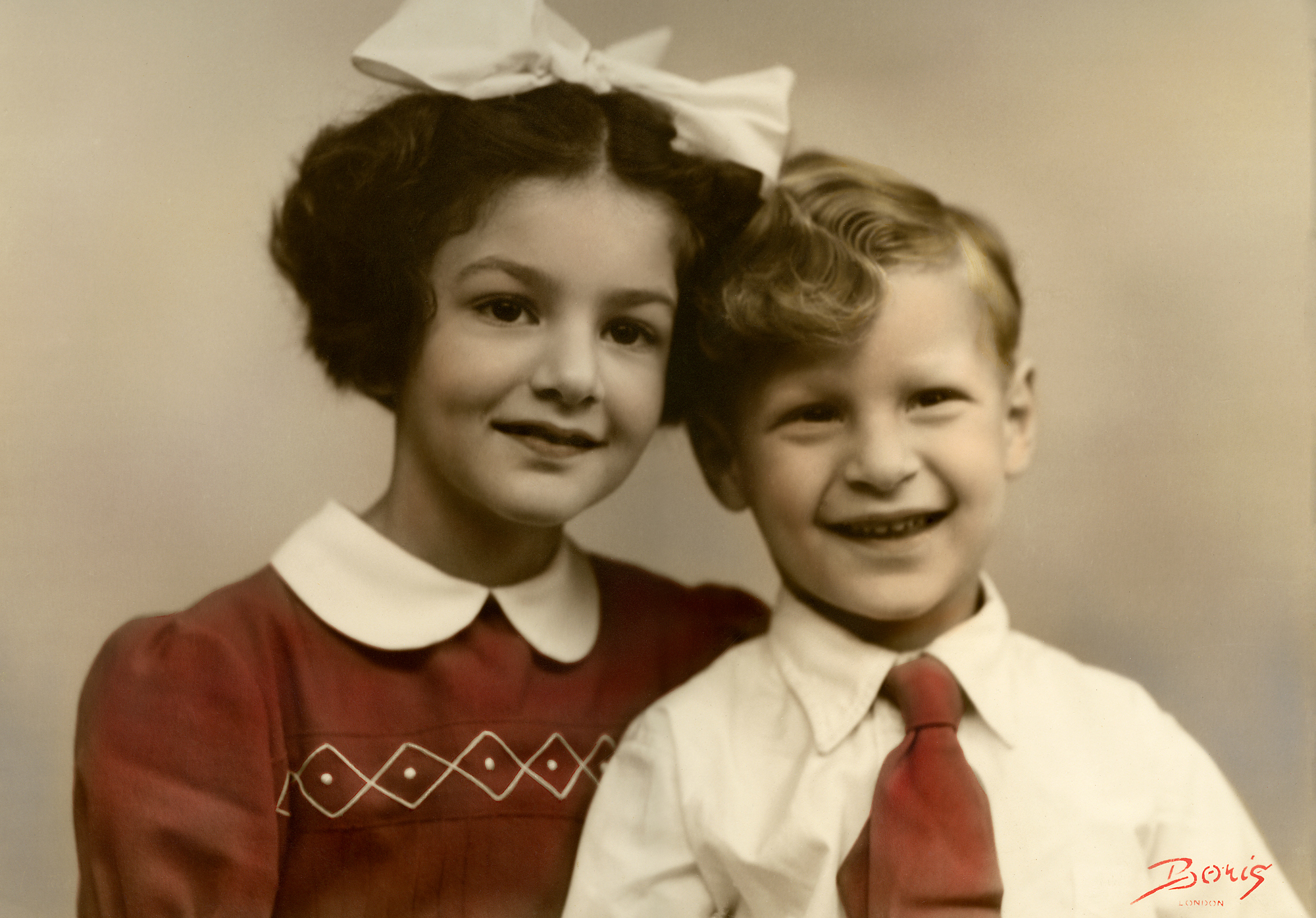 brother and sister, photographed in 1948, aged around five and two. Both were born in Edgware and in 1955 moved to Stanmore. Their parents, Tilly (née Cohen) and Norman, were married in 1936. At the time, Tilly was a milliner and Norman traded in surplus goods. Tilly’s father, Jack Cohen, was a kosher butcher in Kingsland Road. In 1910, Norman had aarived in England, aged six, on an onion boat with his brother Moshe, aged eight, to escape the pogroms in Poland. Norman was adopted by Chazan Duboff in the East End. He changed his name from Eizenstajn to Duboff and then, in the 1930s to Dewhurst (a name he picked from the telephone directory). Norman died in a road accident in 1964. Laurence married Maxine Rose on 11 November, 1977 at Dunstan Road Synagogue, Golders Green. At the time of his marriage, Laurence traded in goods, like his father and, very much later became an electrician. Trudy married Ian Stowe, a solicitor, on 16 April, 1967 at St Johns Wood Synagogue. At the time of her marriage, Trudy was a secretary and, much later, retrained as a dental hygienist. The couple now live in Ra’anana, Israel.