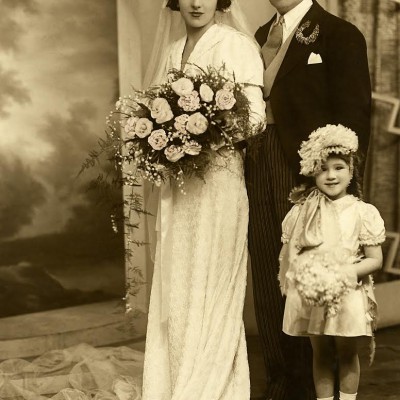 (previously Vigoda Plotzkar) were married on 21 February, 1937 at the Clapton Federation Synagogue, Lea Bridge Road. Victor was a taxi driver and during WWII drove for the US Army. Their bridesmaid was three-year-old, Ann Lemberger, Deborah’s niece. Ann later married Sidney Posner from Brighton on 7 September, 1958 at Dunstan Road Synagogue, Golders Green. […]