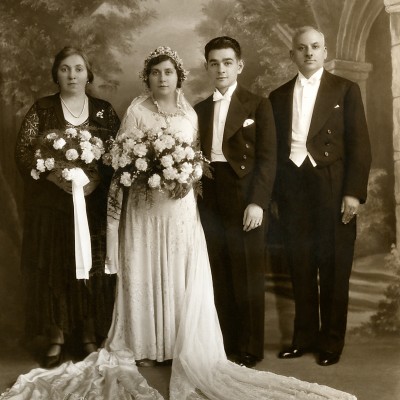 were married on the 14 June 1931 at Dean Street Synagogue with the reception at the Northumberland Rooms. On either side of the bride & groom was Olga’s brother, Jacob,and his wife Shosha who were married in Poland in 1898. Hyman was born in London, the second youngest of eight and was a men’s tailor. […]