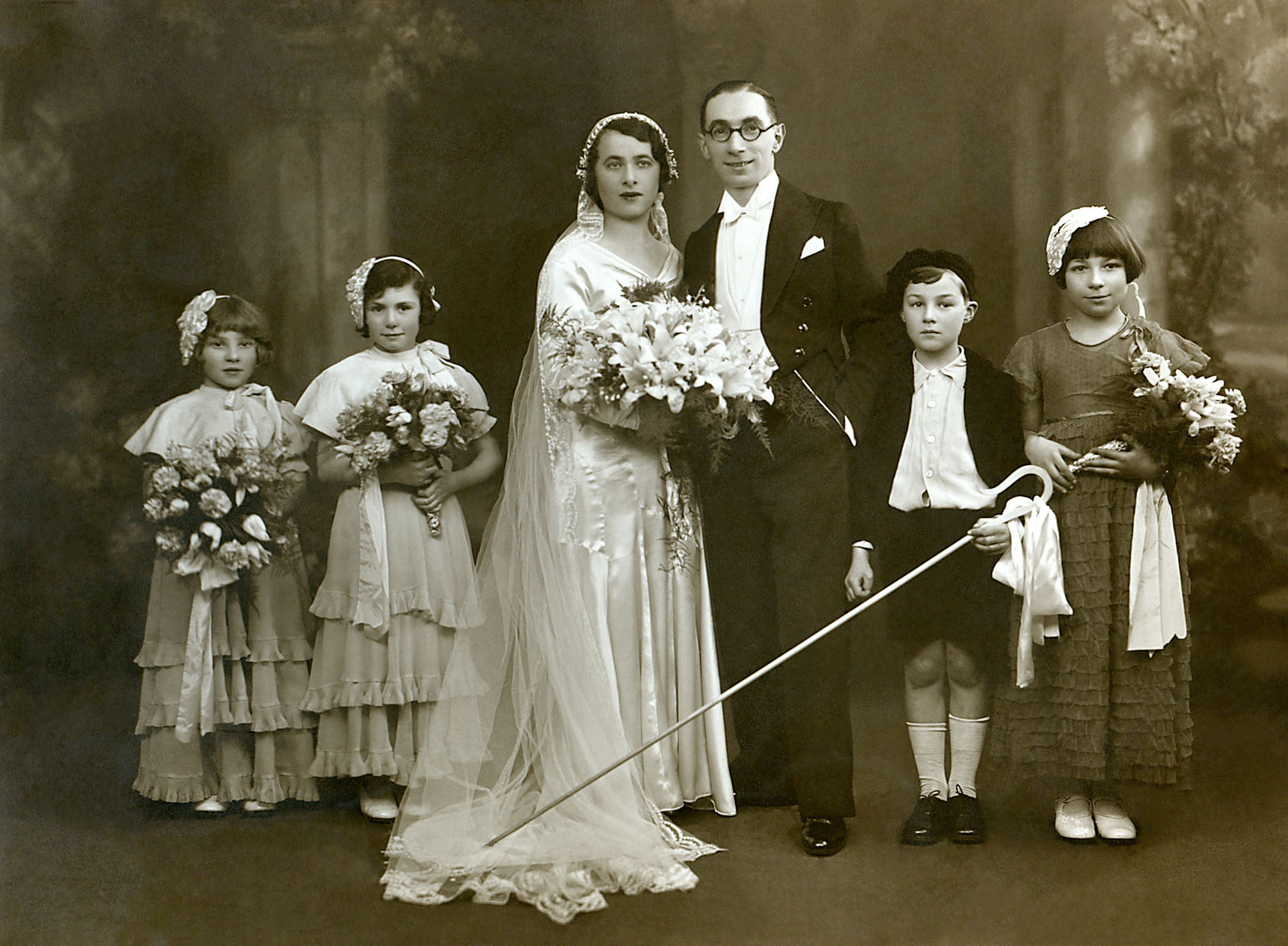 a diamond dealer, were married on the 3 January 1933 at The Bethnal Green Great Synagogue. The bridesmaid on the left of the bride was Rene Golker, Hyman’s niece, who later worked in her father’s dress factory, Oberman & Golker, in Stoke Newington and married Cecil Landsman in March 1946. The boy on the right of the groom was Ivor Golker, Hyman’s nephew. The bridesmaid next to him was Bessie Golker who married Marcus Carr in 1948 and later became Head Mistress of Hasmonean School.