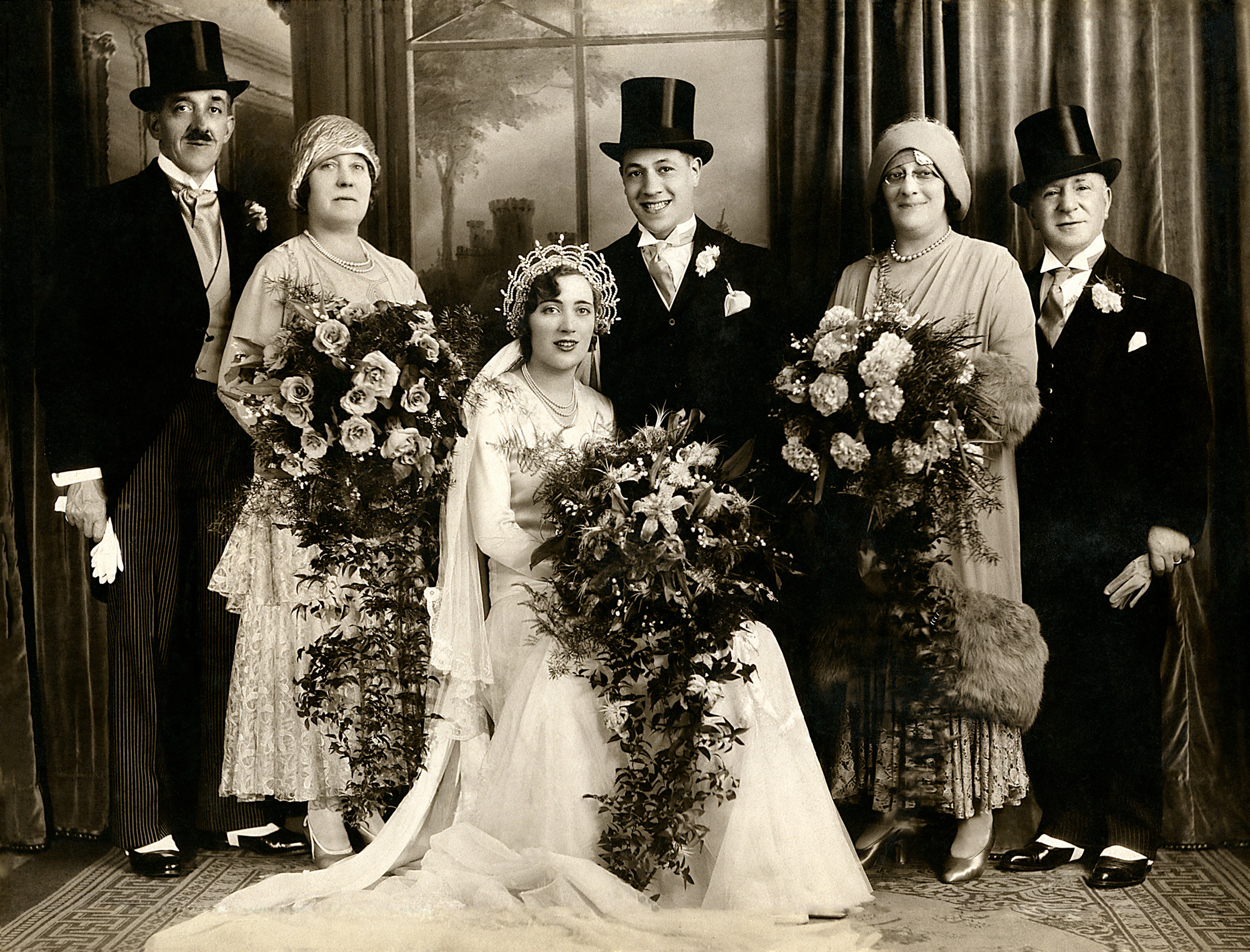 were married on 8 May, 1930 at The Great Synagogue in Duke’s Place, EC3. Phil was a professional boxer and at the same time served an apprenticeship as a process engraver. During his boxing career (1925-34), Philip had 37 professional fights at flyweight and bantam weight, of which he won 24. He appeared on an Ogden cigarette card in 1928 in the series “Pugilists in Action’. Belle was a dancer and performed at the London Palladium as one of the Tiller Girls. She also modelled hats and gloves. On the left of the bride were Belle’s parents, Jacob and Rose Da Costa while on the right of the groom were Philip’s parents, Rachel and Barnet Lolosky. Although the name Lolosky is Ashkenazi, the family are Sephardi descendants of the Gomes da Costa’s.