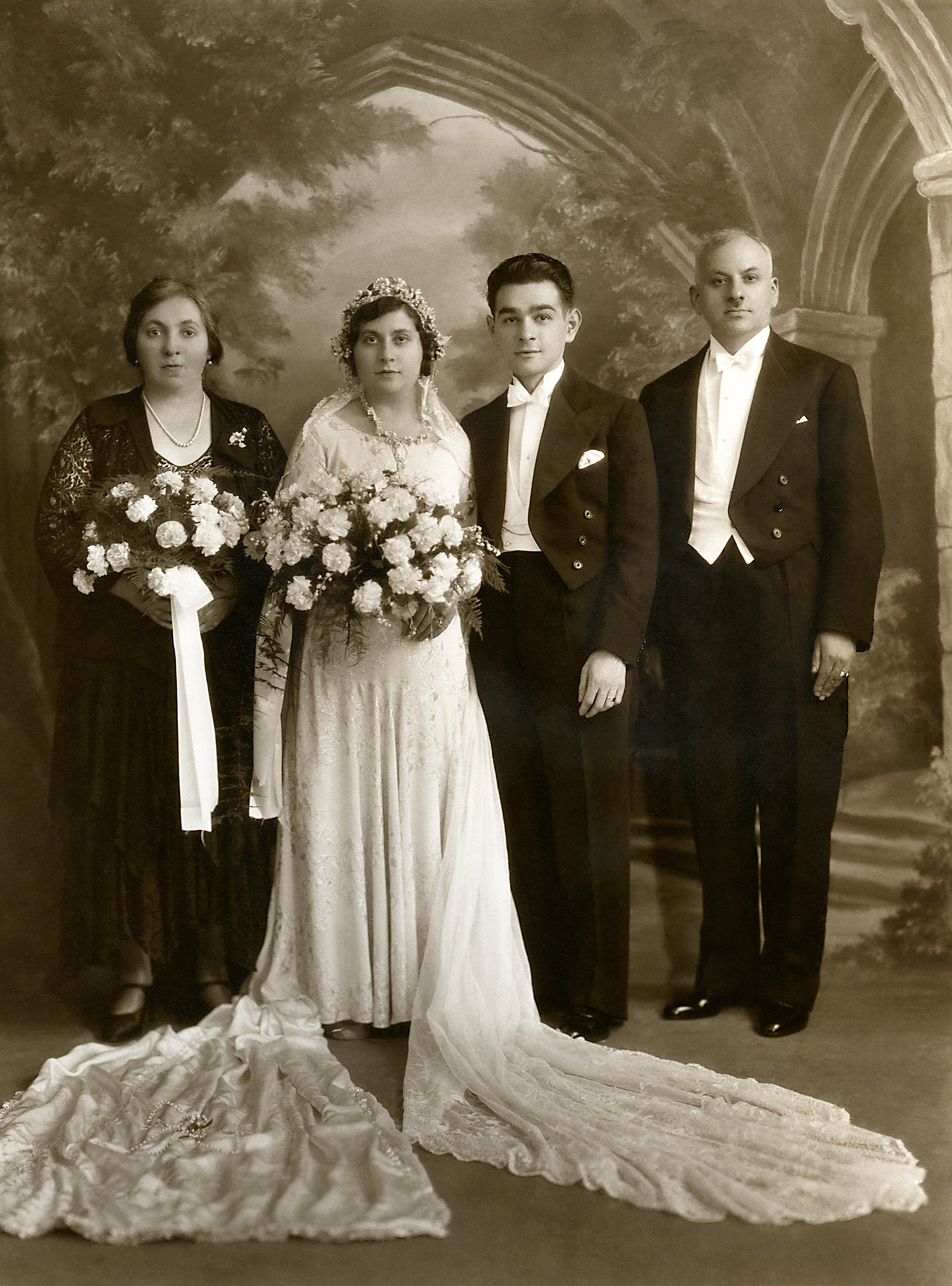 were married on the 14 June 1931 at Dean Street Synagogue with the reception at the Northumberland Rooms. On either side of the bride & groom was Olga’s brother, Jacob,and his wife Shosha who were married in Poland in 1898. Hyman was born in London, the second youngest of eight and was a men’s tailor. Olga was born Elka-Chaja Wlodawer in Poland in 1902. She arrived in the UK in 1918 & became a skilful dressmaker, able to cut and make a dress without the need of a paper pattern. She learnt English at the West Central Jewish Girls Club & later spoke without an ‘accent’.