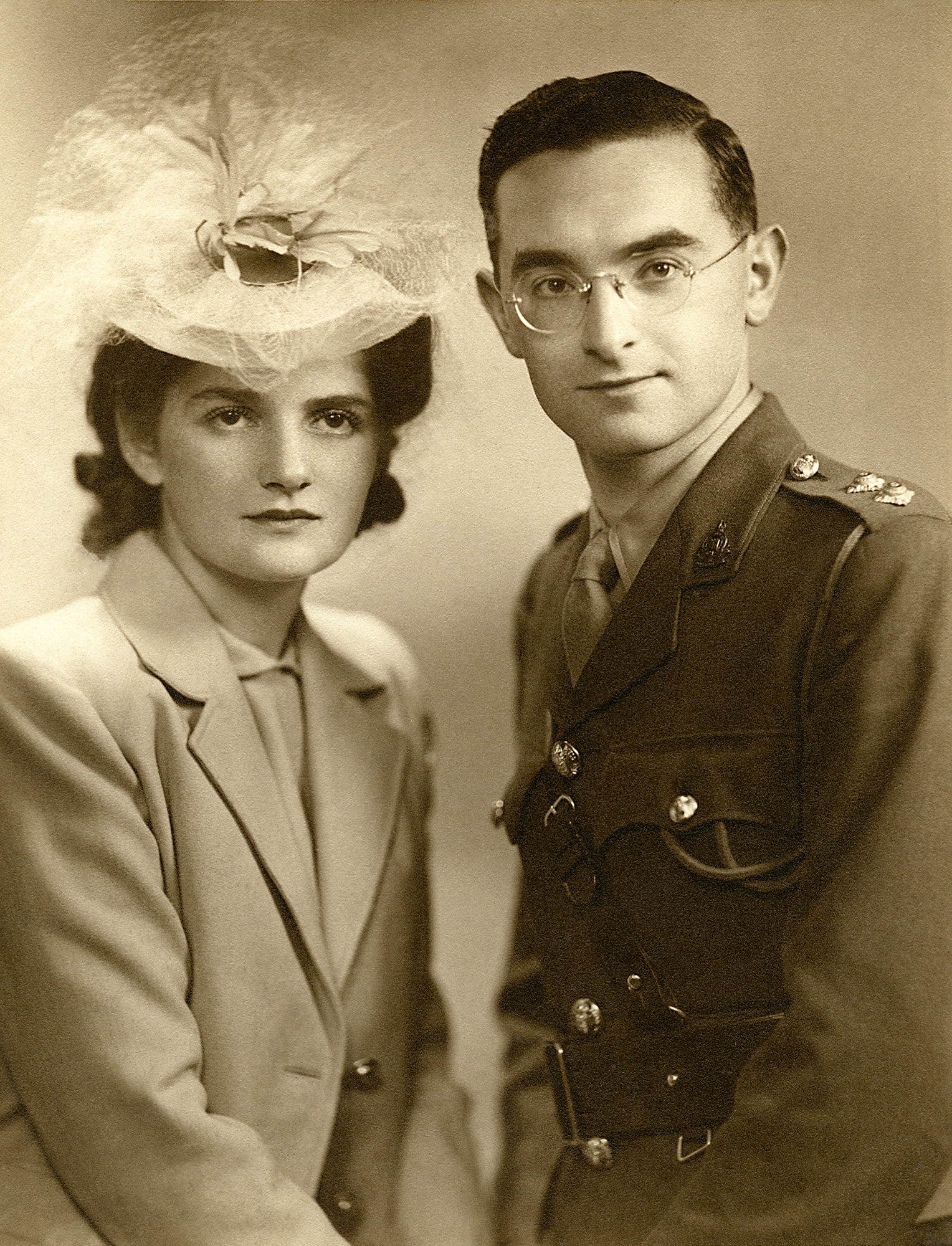 (changed from Bookshneer) were married on 12 September 1944 at the Stamford Hill Beth Hamedrash Synagogue with the reception at Stern’s in Mansell St. Before the war, Rose was a short-hand typist & later worked in her father Soloman’s shoe business. In WWII, Gerard, a law student, was in the Army Intelligence Corps for 7 years achieving the rank of Lieutenant. Posted to west Africa, he subsequently returned to the UK injured. Later he opened a shoe shop called ‘Bentley’ which he ran for 50 years. Once married the couple moved to Woodside Park where they still live – Rose aged 92 and Gerard aged 97. Gerard is featured in the 1932 photo of the Bookshneer Family (click here).