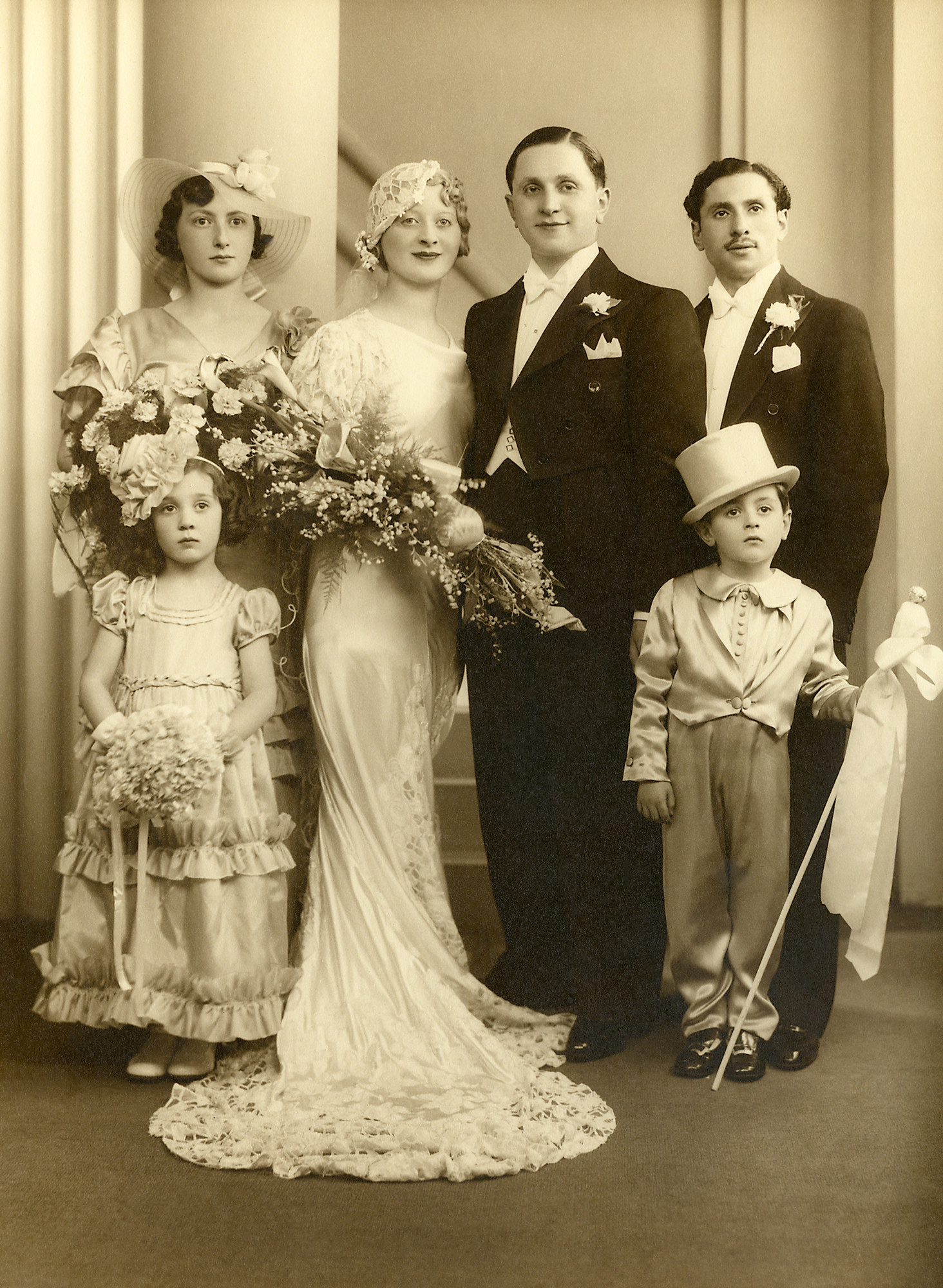 were married on 20 June 1934 at Philpot Street Synagogue in Whitechapel. Both were born in the UK of parents born in Russia and Poland. At the time of their marriage, Hyman, aged 26, was a fruit salesman & Sadie, aged 23, a costumiers’ shop assistant. In the photo from the far left was Beryl, Sadie’s niece, Lily Morovitch, the bride & groom, Issy Cohen, Hyman’s younger brother and Murray Cohen, Hyman’s nephew, aged 6, who married Nina Weinstock from Lublin in 1954. Murray became a West End solicitor and Nina a biochemist.