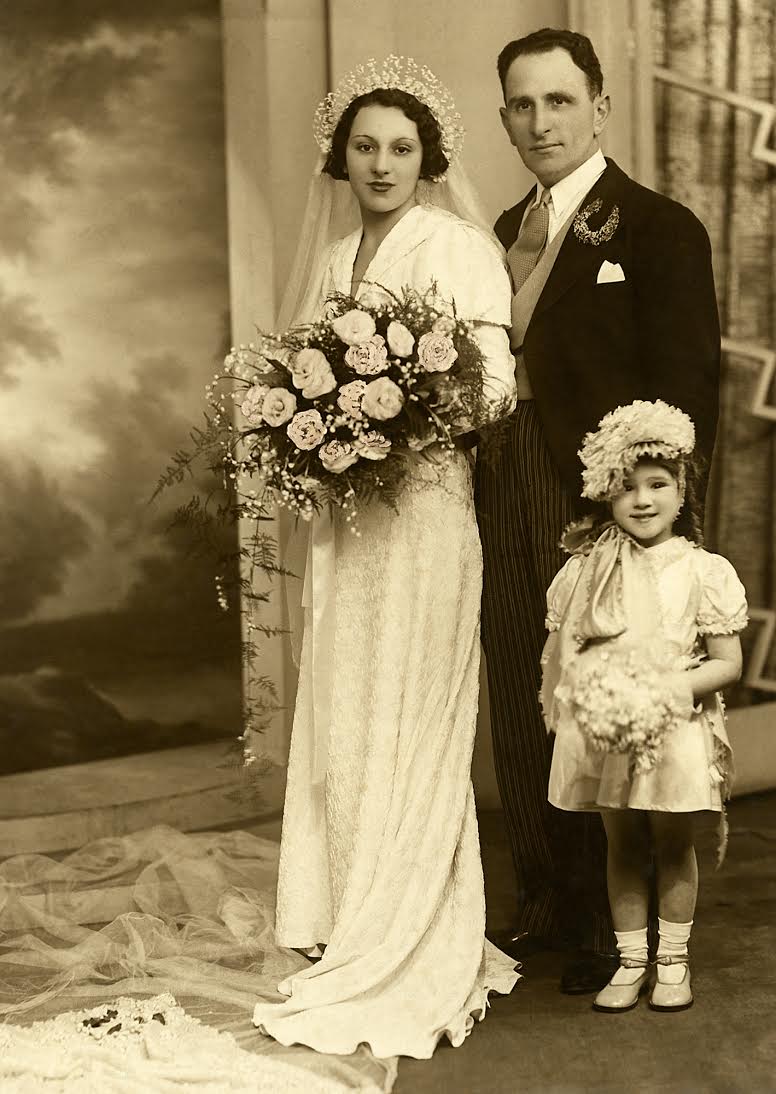 (previously Vigoda Plotzkar) were married on 21 February, 1937 at the Clapton Federation Synagogue, Lea Bridge Road.
Victor was a taxi driver and during WWII drove for the US Army. Their bridesmaid was three-year-old, Ann Lemberger, Deborah’s niece. Ann later married Sidney Posner from Brighton on 7 September, 1958 at Dunstan Road Synagogue, Golders Green. The reception at Cafe Monico was attended by Boris and other members of the Bennett family. Ann worked for the Citizen’s Advice Bureau and sat as a magistrate in Hampstead and Clerkenwell. Sidney worked at the London Silver Vaults. ann and Sidney have one daughter, Gaby, a barrister and now a senior judge.