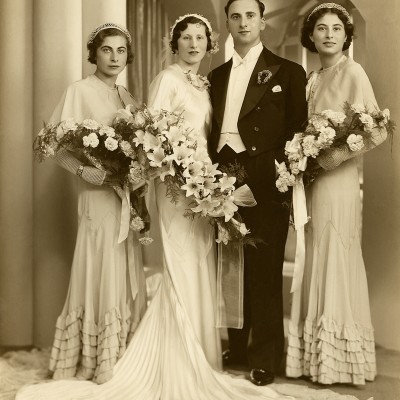 were married on 21 August 1935 at Philpot Street Synagogue in Whitechapel. Hettie, whose parents came from Russia was a secretary while Leslie was a furniture salesman. The couple lived in Chingford. The two bridesmaids were Hettie’s cousins, Lily Minsky (on the left) and Phyllis Minsky (on the right).