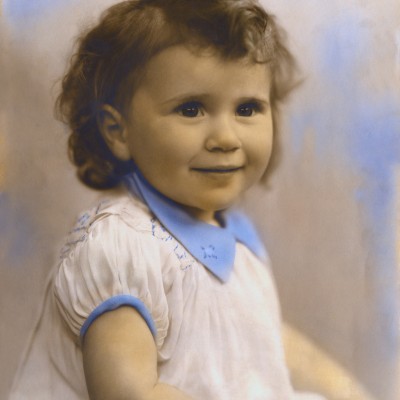 aged 2 years, lived in Victoria Park Rd, Hackney. Her parents, Rose and Maurice Brown, were married on 27 February 1938 at the Great Synagogue, Dukes Place E1. Her father was a barber in Whitechapel and mother a milliner. Myra married Raymond Lyons on 20 November 1960 at Hale Lane Synagogue in Edgware. At the […] 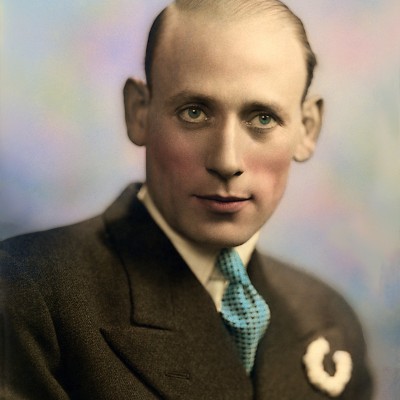 were married on the 26 October 1941 at the Great Garden Street Synagogue in Whitechapel. Sadie was born in 1916 from Austrian parents. Morris was born in 1910 and his parents came from Poland. During WWII, Morris was a fireman and later became a salesman of ladies wear in a family business. The couple first […] 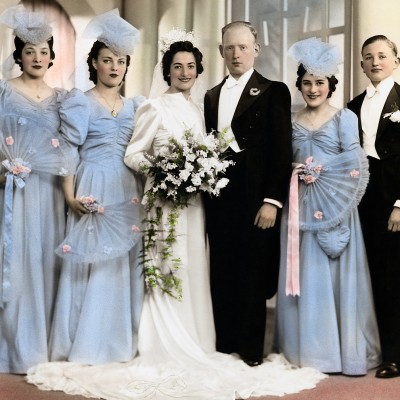 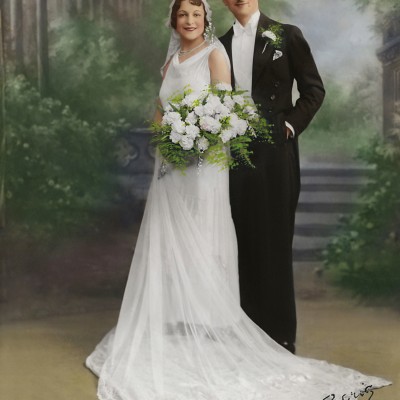 ( previously Hyman Klein) were married on 17 July 1932 at Philpot Street Sphardish Synagogue. Lionel started work as a tailor in the family business. He won a scholarship to Cambridge University but could not afford to take it up. Became a salesman for Lyons Chocolates to cinemas, then a cinema manager for J.Arthur Rank, […] 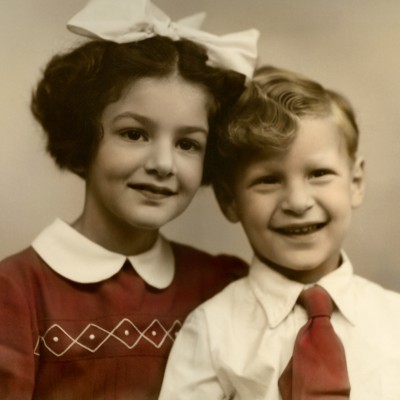 brother and sister, photographed in 1948, aged around five and two. Both were born in Edgware and in 1955 moved to Stanmore. Their parents, Tilly (née Cohen) and Norman, were married in 1936. At the time, Tilly was a milliner and Norman traded in surplus goods. Tilly’s father, Jack Cohen, was a kosher butcher in […]